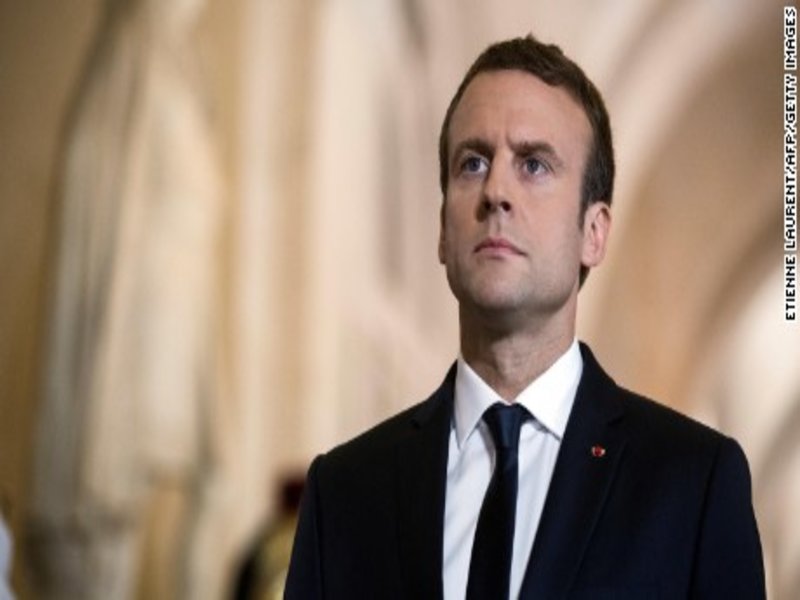 French President Emmanuel Macron on Sunday said the U.S. should at least maintain a diplomatic presence in Syria, ahead of a visit to Washington.

“It’s not automatically U.S. forces, but that’s U.S. diplomacy and that’s your president,” Macron said in an interview on Fox News conducted in France.

“We will have to build the new Syria afterward, and that’s why I think the U.S. hold is very important,” he said.

He warned against leaving a vacuum in Syria once the war with Daesh is over, adding that it will most likely be filled by Iran and Bashar al-Assad.

“Even after the end of the war against ISIS [Daesh], the U.S., France, our allies, all the countries of the region, even Russia and Turkey, will have a very important role to play in order to create this new Syria and ensure Syrian people to decide for the future.

“I will be very blunt. The day we will finish this war against ISIS, if we leave, definitely and totally, even from a political point of view, we will leave the floor to the Iranian regime, Bashar al-Assad and his guys, and they will prepare the new war. They will fuel the new terrorists.”

Also commenting on his Russian counterpart, Macron said: “I do believe that we should never be weak with President [Vladmir] Putin. When you are weak, he uses it. And it’s fine, that’s a game. That’s — he made a lot of fake news. He has a very strong propaganda and he intervenes everywhere along.”

Macron will meet his U.S. counterpart Donald Trump on Monday, and speak at the Congress on Wednesday as part of his visit to the U.S.