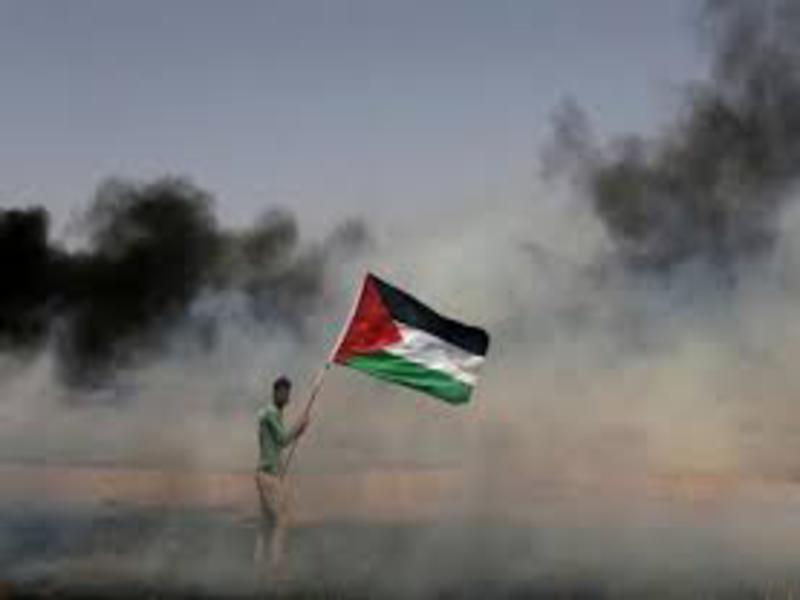 Israel dropped leaflets in the Gaza Strip on Friday warning Palestinians not to approach its border fence as the military braced for fresh clashes along the frontier.

Thousands of Palestinians were expected to gather along the Israel-Gaza border, as they have every Friday over the past month for mass demonstrations that have turned violent and during which Israeli forces have killed thirty-one Palestinians and wounded hundreds.

Each week, some Gazans have hurled stones and burning tyres near the frontier fence, where Israeli army sharpshooters are deployed.

The soldiers have opened fire at those who come too close to the fence, drawing international criticism for the lethal tactics used.

Israel has blamed Hamas of staging riots and trying to carry out attacks.

It was the first time leaflets were dropped in the recent round of violence.

“The Hamas terror organization is taking advantage of you in order to carry out terror attacks. The IDF (Israel Defense Forces) is prepared for all scenarios. Stay away from the fence and do not attempt to harm it,” said the leaflets scattered by Israeli aircraft in the early morning in areas along the border.

The mass protest, dubbed “The Great March of Return” — evoking a longtime call for refugees to regain ancestral homes in what is now Israel — began on March 30 and is expected to culminate on May 15.