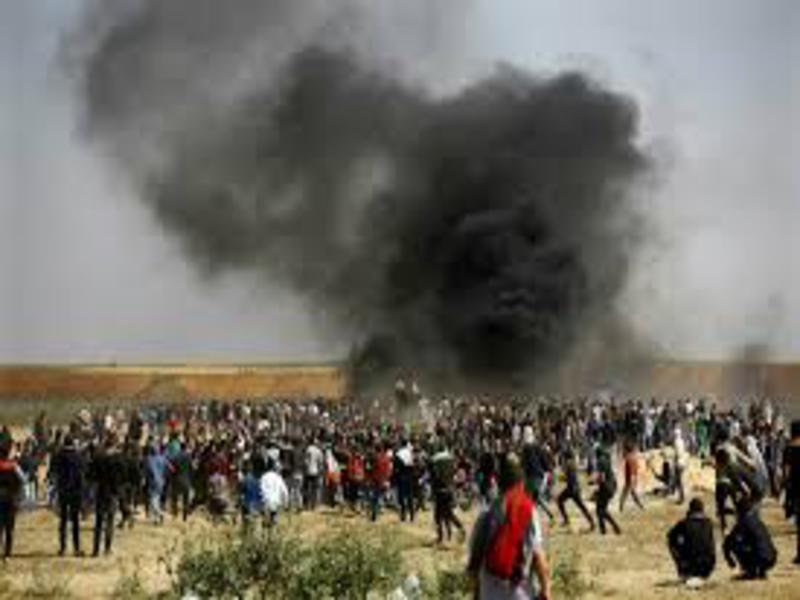 Five Palestinians were injured by Israeli fire along the Gaza border Wednesday, the health ministry in the Palestinian enclave said, with tensions high over recent protests and clashes there.

The five were injured by Israeli artillery fire east of Khan Yunis, the ministry said.

It said the men were on a base belonging to the military wing of Gaza’s rulers Hamas when they were struck.

The Israeli army confirmed it had fired on five Palestinians it said had approached the border.

In a statement, the army said at least one of the men was armed. It did not provide details on what type of fire its soldiers used.

The Gaza border has seen protests and clashes since March 30.

At least 34 Palestinians have been killed and hundreds wounded by Israeli fire since the protests began.

There have been no Israeli casualties.

Israel says it only opens fire when necessary to stop damage to the fence, intrusions and attempts at attacks.

Palestinians say protesters are being shot while posing no threat to soldiers, while the European Union and UN chief Antonio Guterres have called for an independent investigation.

Israel has rejected calls for an independent probe, saying its open-fire rules are necessary to defend the border.

Israel and Hamas have fought three wars since 2008 and the Gaza Strip has been under an Israeli blockade for more than a decade.