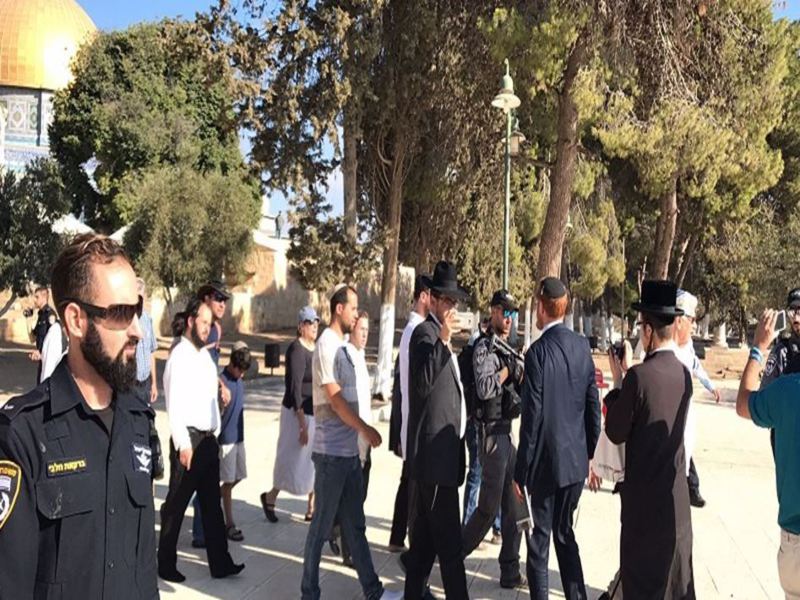 The court claimed that Jewish settlers have the same rights to pray at the gates of Al-Aqsa Mosque as Arabs.

The ruling came during a hearing which looked in to the police’s handling of three female Jewish settlers who were praying at Al-Aqsa.

According to the Israeli TV, the Israeli judge said that anyone has the right to pray on any street in Israel provided that he does not harm the rights of others.

The judge, who accused the Muslim worshippers of pushing the Jewish settlers, added that praying at the gates of Al-Aqsa Mosque is “the best proof of the Israeli control of the area”.

In response to the court’s ruling, Chairman of the Higher Islamic Council in Jerusalem, Sheikh Ekrema Sabri, said: “Al-Aqsa Mosque is a holy site for Muslims only and the court’s ruling is irresponsible and illegal and we will not abide by it.”

He also stressed that Al-Aqsa Mosque is not subject to the decisions of the Israeli occupation or the rulings of the occupation’s courts.