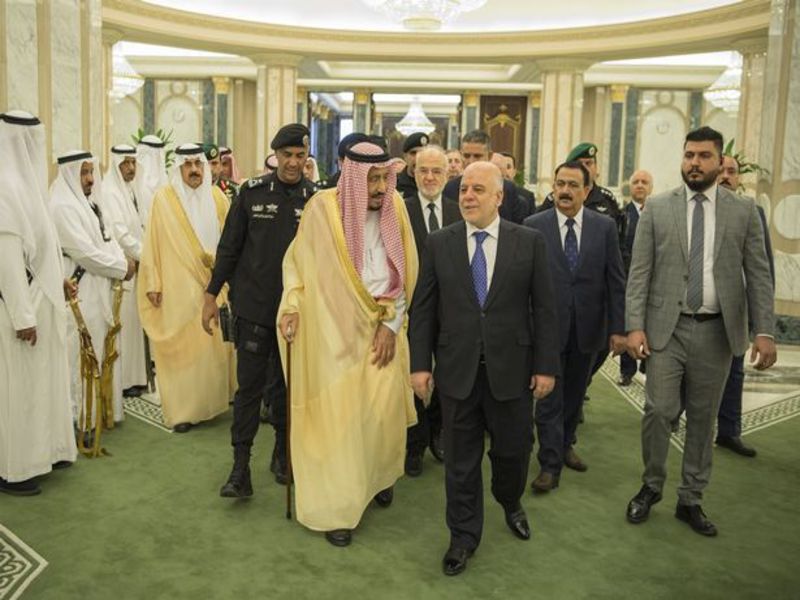 The 135,000-seater ground has been given the go-ahead after Iraq beat the Saudi Arabia 4-1 in a recent friendly football match. Prior to the game, Saudi Arabia’s King Salman promised to build Iraq a stadium if they won on February 28.

The match was the first full international played on Iraq’s home soil since the 1990 invasion of Kuwait that sparked an international embargo.

Despite being massive underdogs, the Iraqi XI were comprehensive winners, thanks to two goals Muhanad Ali, one from Emad Mohsin Majeed and a Saeed Awadh Al Yami own goal. Saudi Arabia themselves have qualified for this summer’s World Cup in Russia – while Iraq missed out.

With King Salman clearly confident, during a political discussion, he promised Iraq’s Prime Minister Haider al-Abadi he would build the stadium should they win.

Al-Abadi revealed the news saying: “I have received a phone call from the King of Saudi Arabia, Salman bin Abdul Aziz. He hailed Iraqi’s victory [in the friendly match] and expressed his preparedness and commitment to expanding positive relations between Iraq and Saudi Arabia at different levels.”

The two leaders also discussed how to enhance and strengthen cooperation between their countries, and the Iraqi-Saudi Joint Coordination Council, a body created last October to improve strategic relations and help rebuild devastated areas retaken from militants in Iraq.

The phone call was the latest indication of improved relations between the two countries, which have been at loggerheads for decades, starting with the Iraqi invasion of Kuwait in 1990.

Saudi Arabia is wooing Baghdad as part of an effort to stem the growing regional influence of Iran, while Iraq is seeking economic benefits from closer ties with Riyadh.