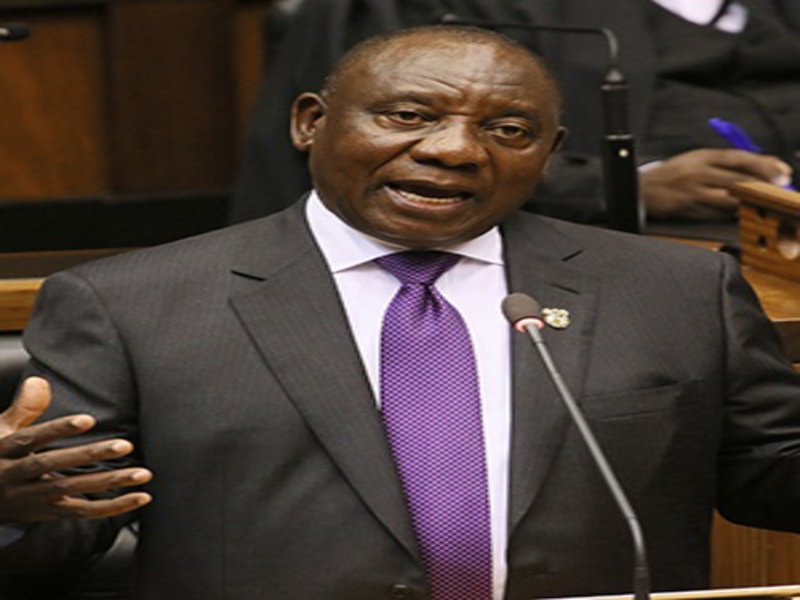 President Cyril Ramaphosa may have reduced foreign affairs to five sentences in his State of the Nation Address, but make no mistake, that is not an indication of the level of priority he attaches to international relations.

It is through South Africa’s foreign relations that he will seek to achieve his domestic priorities.

The Sona was a clear articulation of those priorities – to improve economic growth, which has been hovering around 1%, by increasing business confidence, wooing investors and expanding trade, which will translate into job creation and poverty reduction. These cannot be achieved without a robust foreign policy that focuses on economic diplomacy.

This means the Department of International Relations and Co-operation must be the engine driving this agenda.

Ambassadors and political officers will not only need to work towards restoring our image as a country that can once again hold the moral high ground but will need to become daily ambassadors of Brand South Africa.

If our diplomats were listening, the president already gave them their orders – go out there and sell South Africa as the ultimate tourist and investment destination in the world. If an ambassador can’t report to the annual Heads of Mission meeting how he/she marketed South Africa as the holiday destination of choice, promoted our fruit and wines, showcased our mining, manufacturing and investment opportunities, then they are clearly not up to the job.

According to senior officials at Dirco, around 80% of South Africa’s ambassadors are political appointees, while 20% are career diplomats. In most other countries the reverse is true.

Political appointees have a clear political understanding of what the ruling party has set out to achieve, and are able to forge links with senior officials and the business community with ease. Ebrahim Rasool and Mohamed Dangoor are excellent examples of appointees who took our foreign relations to the next level during their postings.

Rasool was arguably the best South African ambassador posted to the US, who was able to access President Barak Obama and significantly boosted trade and investment. Dangoor was the ultimate operator – moving in and out of conflict theatres such as Syria, Lebanon and Libya with a network of contacts that reached the highest levels.

On the other hand, if 80% of our ambassadors are political appointees, it means many of our career diplomats hit a glass ceiling early in their careers and are easily coerced into the private sector. That means the loss of knowledge, institutional memory, and diplomatic experience garnered from years of service. One thing that will need to be avoided is to use the diplomatic service as a dumping ground for undesirable ministers or inexperienced party cadres.

While economic growth will be the clarion call of the new Ramaphosa administration as far as our international agenda is concerned, don’t think for a moment the president has lost his revolutionary zeal. One only needs to look at the priorities he spelt out six weeks ago in his January 8 statement as ANC president. Given that ANC policy is meant to inform the country’s foreign policy, the agenda is already clearly established.

On Palestine, Ramaphosa’s pronouncements were unequivocal – “We will give practical support to the oppressed people of Palestine,” and “We are of the firm view that the downgrade of the South African embassy in Israel to a liaison office would help send a strong signal.” It is now over two months since this resolution was taken by the ANC conference, but Dirco has not begun to implement it.

The new administration will expect action on ANC resolutions, and this week in Parliament Minister Naledi Pandor said that South Africa will forge ahead on implementing this.

On January 8, Ramaphosa clearly articulated the party’s position on Western Sahara, which has been the government position to date. That was to reaffirm the inalienable right of the people to self-determination and independence and to condemn the withdrawal of Morocco from the UN-led peace process.

Six weeks ago Ramaphosa stated that the government must increase trade between South Africa and Cuba as part of its international solidarity, and the US remove its illegal economic embargo.

On African conflicts, Ramaphosa singled out South Sudan in his January 8 address, saying we must continue to support the peace process and find lasting solutions. He knows all too well the challenges involved given that he has been its special envoy.

Where Ramaphosa may want to weigh in is on challenges confronting the AU, particularly the urgent need for the continent to fund its own initiatives. If we are to avoid mortgaging our sovereignty, we need to find creative ways of becoming self-reliant.

We can no longer rely on foreign aid to fund conflict resolution or capacitate continental institutions such as the African Human Rights Court to try gross violations of human rights and war crimes. If we are to pull out of the International Criminal Court we have to ensure that we can still stand on the side of the victims of atrocities.

While Ramaphosa has no intention of being viewed as a foreign policy president, he knows all too well the importance of our international relations in achieving his administration’s goals of setting South Africa on a path towards economic growth. His resolve on this score should not be underestimated.