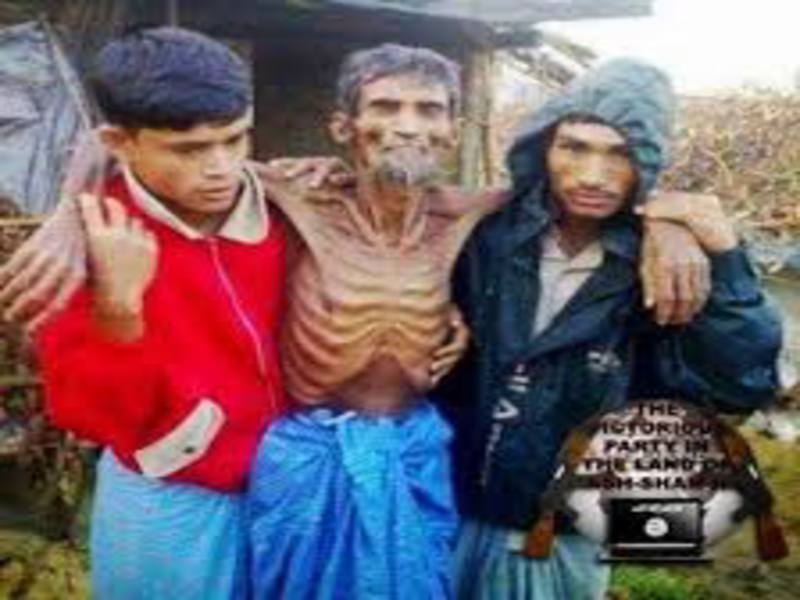 Authorities in Myanmar have robbed, abducted and deliberately starved Rohingya men, women and children, in an effort to make life “so intolerable” for members of the minority group that they will leave the country, Amnesty International says.

In a briefing released on Wednesday, the human rights group alleged that “ethnic cleansing continues” against the Rohingya, nearly 690,000 of whom have fled Myanmar since the state launched a violent crackdown in northern Rakhine state last August.

Security forces have robbed Rohingya families at checkpoints as they attempted to flee to Bangladesh and abducted women and girls from their villages, prompting others to leave in fear, Amnesty reported.

However, the Rohingya said the main reason they continue to flee the country is a shortage of food.

“We weren’t able to get food, that’s why we fled,” Dildar Begum, 30, from a village near the town of Buthidaung in Rakhine state, told Amnesty International.

The food shortage has been caused in large part by the actions of Myanmar’s security forces, who are blocking Rohingya from accessing their rice fields, markets and humanitarian aid, Amnesty said.

“Deliberate actions by the Myanmar authorities … are in effect starving out many Rohingya who have tried to remain in their villages,” the group said.

Amnesty based its findings on interviews conducted in Bangladesh with 11 Rohingya men and eight women who fled their homes in December and January.

“Instead of terrorising the population through killings, rapes, and the widespread burning of Rohingya villages, security forces are today using mainly quieter and more subtle measures to squeeze people out, making life so intolerable that they have little option other than to leave,” the group reported.

Mass graves
Earlier this month, The Associated Press uncovered evidence suggesting that hundreds of Rohingya had been massacred in late August by Myanmar authorities and buried in mass graves.

Yanghee Lee, the United Nations special envoy on human rights in Myanmar, told reporters the killings and disposal of the bodies had all “the hallmarks of a genocide”.

The Myanmar army admitted in January that it killed 10 Rohingya, who were found in a mass grave late last year.

The admission came after months of denials from Myanmar officials to any wrongdoing or mistreatment of the minority group.

The army launched a bloody crackdown in Rakhine state last August in response to attacks on border posts by the armed group, Arakan Rohingya Salvation Army.

About 688,000 Rohingya have fled Myanmar since that time, Amnesty estimates, amid reports of widespread killings, sexual violence, deportations and the burning of villages.

Several hundred Rohingya continue to flee the country every week, Amnesty said in its report, adding that a plan to return Rohingya families to Myanmar “is clearly premature”.

Last month, Bangladesh announced it would delay the repatriation of hundreds of thousands of displaced Rohingya amid fears over their safety once they return.