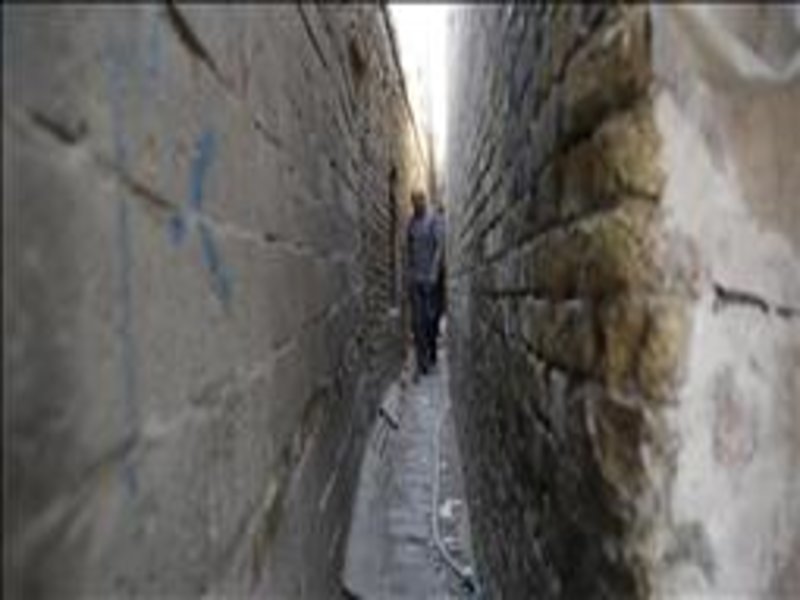 With 30 centimetres wide and 70 meters in length, the Iraqi capital has the narrowest alley in the Arab country.

Located in Kasra, one of Iraq’s oldest districts, local residents call the alley as “darboune”, or small in Iraqi dialect.

The alley is inhabited by low-income Iraqis, whose narrowness is making their lives a daily difficulty.

“Since the alley is too narrow, it is impossible for us to bring in white appliances into our homes,” Yaser Mutassar, a local resident, told Anadolu Agency.

He recalled that he once bought a washing machine and tried to get it into the narrow alley.

“As I failed to get the machine in, I sold it back,” lamented Mutassar, who has been living in the alley for 35 years.

Abu Abdullah, another resident, says residents sometimes become unable to bury their dead because of the narrow alley.

“When one of our neighbours died, we had to take the body to the roof and lower it where his relatives can take it to the graveyard,” he said.

Despite the difficulties, the residents are living in harmony in the narrow alley.

“Our street is known for its sincerity, benevolence and hospitality,” he said.