Torture and abuse: Life inside a container for migrants in Libya’s slave market 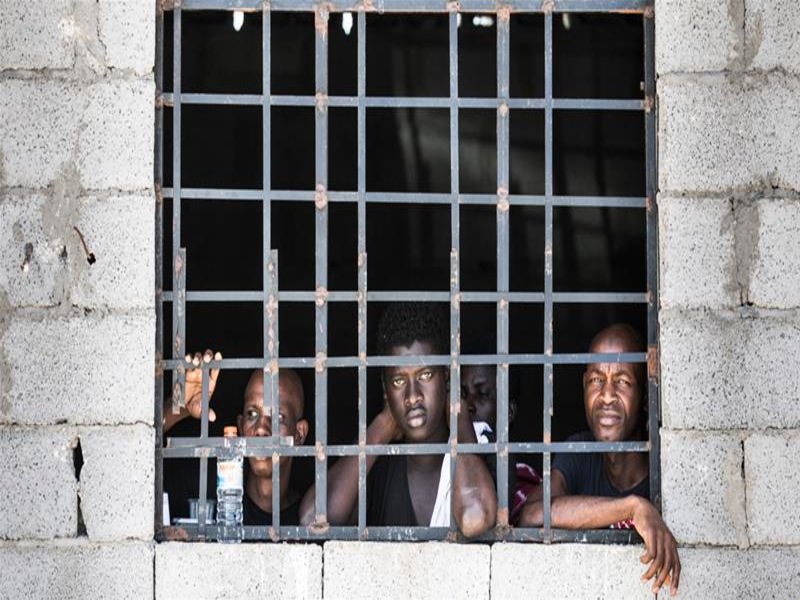 In recent months, it has been revealed that African migrants and refugees have been sold in open markets as slaves in Libya, and are held against their will in inhumane conditions in exchange for ransom money.

The revelations sent shock waves globally and sparked protests outside Libyan embassies across Africa and Europe.

Libya is a major transit destination for migrants and refugees hoping to reach Europe by sea.

Human trafficking networks have prospered amid lawlessness, created by the warring militias that have been fighting for control of territories since the toppling of Muammar Gaddafi in 2011.

According to the International Organization for Migration, there are 700,000 – 1 million migrants in Libya.

Through conversations via a smuggled phone, we managed to communicate with the two Eritreans stuck in Libya.

Here is a first-person account of their lives, trapped in a war zone.

Sami, 18, from Mayoma in Eritrea

Sami left Eritrea when he was 15 years old. He travelled to Ethiopia and from there he made it to Sudan.

From Sudan, he was smuggled into Libya via Chad, after paying smugglers $1,500.

On the Libyan border, he was caught and told by the Libyans he had been sold by the Chadian smugglers and needed to pay more money. “They asked me to pay $6,500 more to proceed further,” he said.

“We were lied to. They beat us with sticks and a water hose. And they electrocuted us. We told them we had no money, but that did not stop them from beating us.

My mother had to sell our home in Eritrea and other assets we had and was also forced to borrow money from family and friends abroad for my trip.

Physical and mental torture
They then took us to the town of the Libyan Bani Walid, where we were held in an illegal detention centre. They gave us one piece of bread a day.

We endured physical torture but the mental torture was worse. Our captors would systematically choose people unable to pay to set an example.

My friend died in front of me after he was electrocuted. He came with me and we survived the journey through the desert only for him to die as a slave in captivity.

Watching others being tortured made people call anyone they could for them to send money by any means. They made us call while being tortured.

The first time they tortured me they asked me to pay. I said I don’t have the money, my father is dead and I only have my mother. They asked me if I had relatives in Europe, to which I said no.

They were not pleased, so they hanged me upside down and beat me everywhere and electrocuted me. They called my mother while I was being tortured so she could hear my screams.

The detention centre had people from Eritrea, Somalia, Sudan and Ethiopia, as well as Nigeria and other West African countries.

At night, it used to be worse. The guards would get high on drugs and resort to beating, abuse and torture.