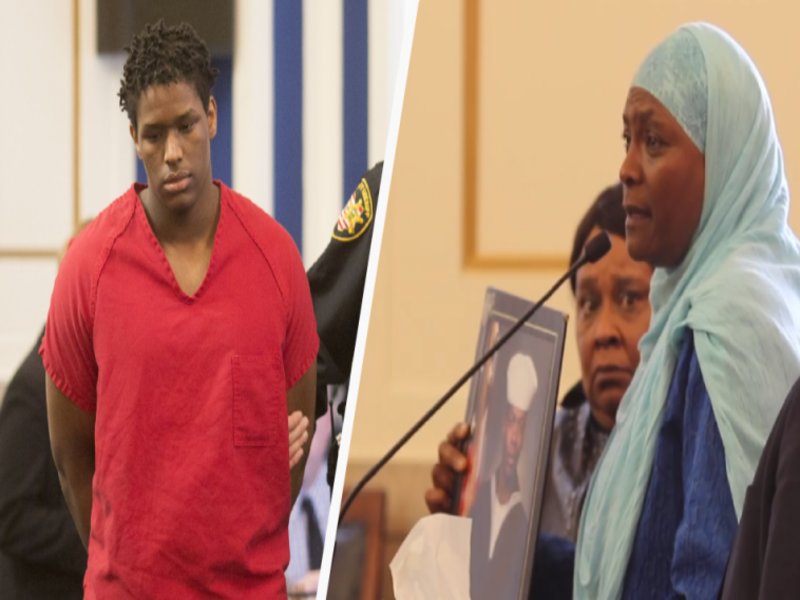 A mother has given an emotional speech at the trial of one of the young men involved in her son’s murder.

Suliman Abdul-Mutakallim was shot in the head as he was going home and was robbed of just $60.

Rukeya, Suliman’s mother addressed Javon Coulter in court who pleaded guilty to being involved in Suliman’s murder. He was 14 at the time.

Rukeya embraced Javon in the courtroom and said she was willing to help him turn his life around and also offered to help his mother.

An emotional Rukeya went on to say the what happened to her son had been ordained and that she hopes to help her son’s murderer by showing him a better way of life.