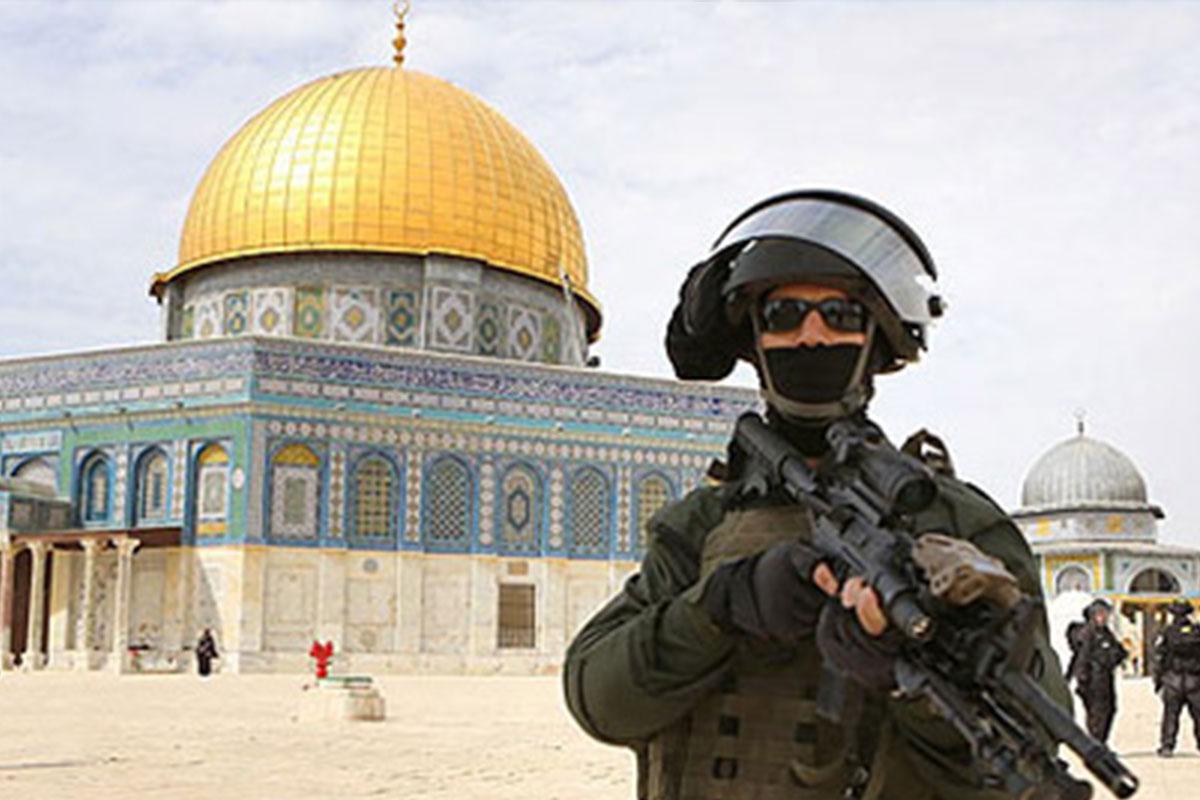 The Israeli authorities have prevented official workers at Jerusalem’s Al-Aqsa Mosque from undertaking any restoration work inside the mosque compound, a Palestinian official revealed yesterday.

“Israeli police forced their way into the office of the Al-Aqsa reconstruction committee and warned engineers against carrying out any mosaic work or restoring the Dome of the Rock’s wooden ceiling,” the spokesperson of Jerusalem’s Religious Endowments (Awqaf) Authority, Firas Al-Dib, said.

“Police have also prohibited any reconstitution work in the Al-Qibli and Marwani mosques [both of which are located in the Al-Aqsa compound],” Al-Dib added.

“They even threatened the reconstruction director with detention if any additional work was carried out,” he noted.

Late yesterday, the Israeli move was condemned by the Jordanian government.

Al-Aqsa Mosque compound is considered the world’s third holiest site for all the Muslims. On the other hand, Jews refer to the area as the “Temple Mount”, claiming it was the site of two Jewish temples in ancient times.

The city of Jerusalem, in which Al-Aqsa is located, remains at the heart of the Middle East conflict, with Palestinians hoping that East Jerusalem – currently occupied by Israel – might one day serve as the capital of the Palestinian state.

In a statement, the ministry said that a group of Jewish Israeli settlers had published a short film showing the mosque flooded with rainwater, stressing that this has never happened.

The statement noted that this film also included calls to build a roof to protect it in summer and winter, adding that “this is false information”.

According to the ministry, the only way to protect the mosque is to allow maintenance work to be carried out to parts that have been damaged by the settlers themselves.

It reiterated that the Israeli changes planned for the mosque “are completely rejected as they will harm the building because there is only one part of the mosque without a roof and it is the space necessary for the ventilation of its facilities and multiple rooms.”

In the statement, the ministry called for the international community and its legal, heritage and cultural bodies to work to stop these Israeli violations.