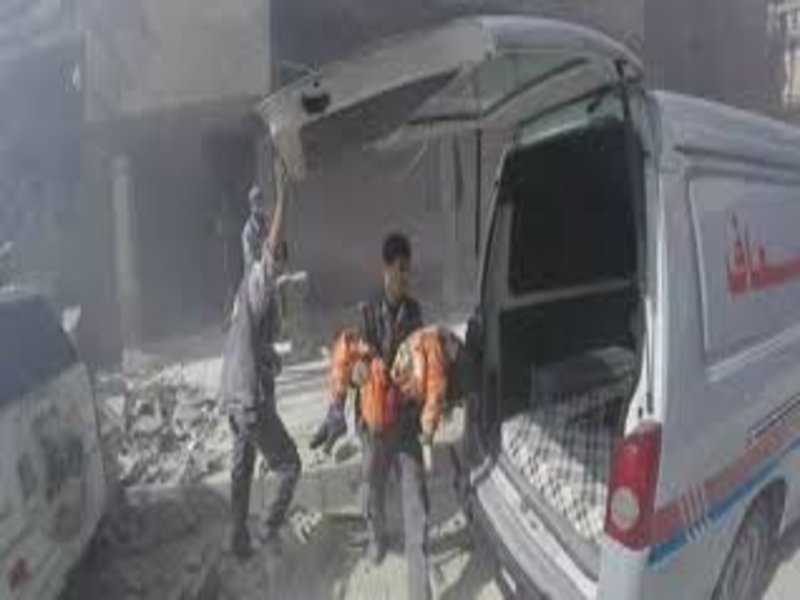 At least 23 people have been killed in Syrian and Russian air raids on the outskirts of the country’s capital Damascus.

The monitor, which gathers its information from a network of sources inside Syria, added since December 29 a total of 126 people have been killed in air strikes on the besieged area, including 29 children and 28 women.

The only ambulance centre in the residential neighbourhood of Madira in Eastern Ghouta was “completely destroyed”, an Al Jazeera correspondent reported. He said several aid workers were also wounded in the strike.

For the government of President Bashar al-Assad and his ally Russia, the proximity of Eastern Ghouta to the capital makes it a key target.

Since 2013, the government has maintained a suffocating siege on the area in an effort to weaken the rebel groups and continues to shell it despite a so-called de-escalation agreement.

The deal – reached last year by Turkey, Russia and Iran – was meant to put an end to hostilities there and to allow humanitarian supplies into the enclave.

The area is one of the last rebel strongholds in the country and is home to some 400,000 people. The four-year siege has led to a major humanitarian crisis, with severe shortages of food and medicine.

According to Hamish de Bretton-Gordon, an adviser to a coalition of medical charities operating in Syria, more than 120 children were in need of urgent medical care in Eastern Ghouta, noting the last week and a half has been “horrific in terms of the amount of attacks”.

Government assaults on the district have been frequent in recent weeks and are believed to be part of the Syrian government’s strategy to retake rebel-held positions.

Car bomb attack
Elsewhere in Syria, at least 43 people, including 27 civilians, were killed in a car bomb attack on Sunday in the country’s northwestern city of Idlib, according to SOHR.

At least 14 of those killed were children and seven were women, the monitor said.

The blast, for which there has been no claim of responsibility so far, struck the military headquarters of the Ajnad al-Kavkaz armed group, the SOHR reported.

It added it was not clear whether the attack was specifically targeting the group’s base.

The province of Idlib has seen increased violence in recent weeks as President Assad intensifies his efforts to gain control over the region.