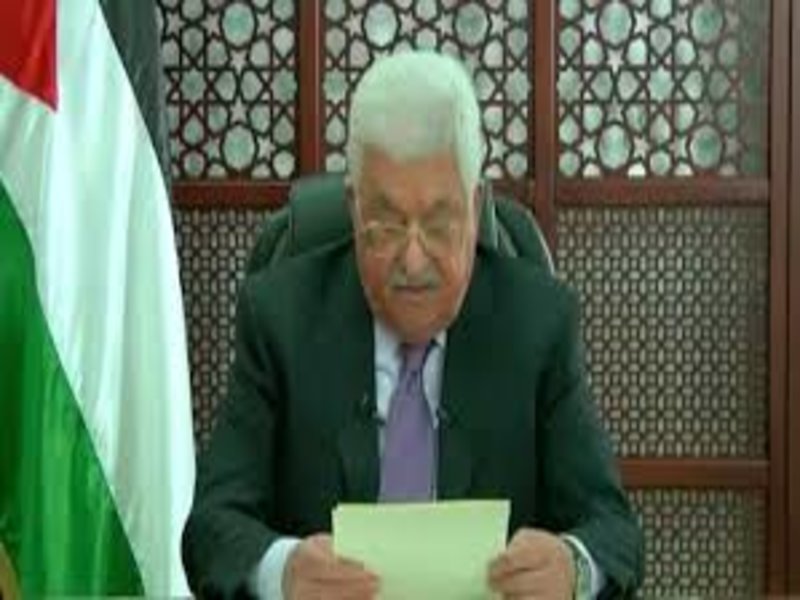 Calling Jerusalem the “eternal capital of the State of Palestine”, the president of the Palestinian Authority said on Wednesday the US could no longer be a mediator in Israeli-Palestinian peace negotiations.

His comments were in response to an earlier announcement by Trump during which he said the US was formally recognising Jerusalem as the capital of Israel, and would begin the process of moving its embassy from Tel Aviv to the city.

“This is a reward to Israel,” Abbas said in a televised address, adding that Trump’s move encouraged Israel’s “continuing occupation” of the Palestinian territories.

Earlier in the day, Palestinian leaders called for three days of rage against the move.

The status of Jerusalem has ignited tensions between Israelis and Palestinians for decades.

Israel occupied East Jerusalem at the end of the 1967 War with Syria, Egypt and Jordan; the western half of the holy city had been captured in the 1948 Arab-Israeli war.

Israel’s occupation of East Jerusalem effectively put the entire city under de-facto Israeli control. Israeli jurisdiction and ownership of Jerusalem, however, is not recognised by the international community.

Palestinians want East Jerusalem as the capital of their future state.

“The decision by President Trump will not change the reality of the city of Jerusalem and will not give any legitimacy to the Israelis on this issue,” said Abbas.

“We will achieve national independence.”

‘Dangerous decision‘
Saeb Erekat, secretary-general of the Palestine Liberation Organization, said Trump “has disqualified his country from any possible role in the peace process” and “destroyed any possibility of peace” between Israelis and Palestinians.

He said the PLO Central Council would likely convene to discuss what next steps for the Palestinians.

He said its “meaningless” to have a Palestinian state without Jerusalem as its capital.

The only option remaining for Palestinians, Erekat said, “is to fight for equal rights” between the Mediterranean Sea and the Jordan River, the area of historic Palestine.

“This is the most dangerous decision that any US president has ever taken,” he said.

Jamal Zahalka, a Palestinian member of the Israeli parliament, said Trump was “playing with fire”.

“Those who celebrate Trump’s declaration here in Israel, are the ones who will do everything to prevent order and peace, and to advance the settlements as well as supporting the occupation, while trying to strangle the just national aspirations of the Palestinian people,” Zahalka said in a statement.

“Trump was a parrot, repeating after Netanyahu in terms of everything that we know today about Israel’s position on Palestine,” he said.

“There is something dramatic new in what Trump said this evening, wrapped up in a language of peace and civility.