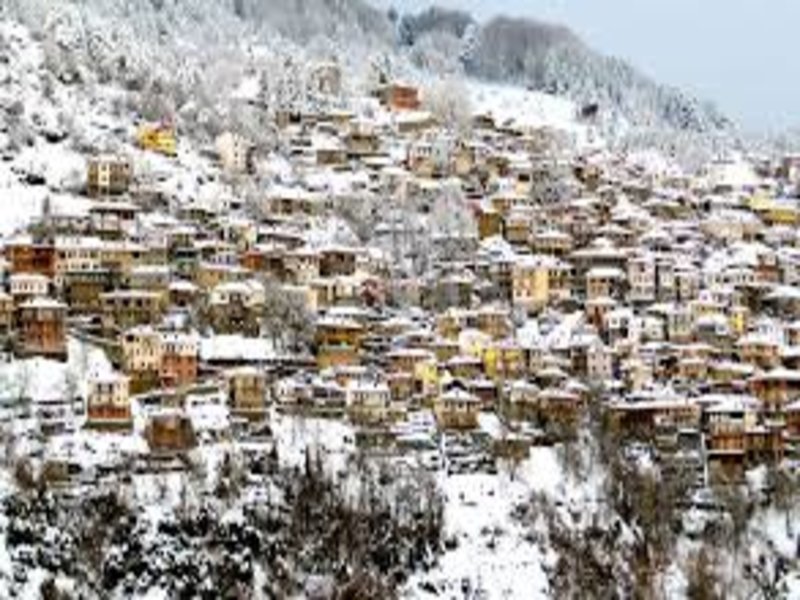 With winter weather nearing, 20 humanitarian groups have warned authorities in Greece that “lives will be lost” unless asylum seekers stranded in crammed and unsafe island camps are allowed to relocate to the mainland.

In a joint statement on Wednesday, the Greek and international organisations said thousands of people faced the bleak prospect of being forced to endure freezing temperatures in summer tents.

“This remains a matter of life and death,” Jana Frey, Greece country director for the International Rescue Committee, said in the statement.

“There is absolutely no excuse for the conditions on the islands right now – thousands of people crammed into overcrowded and desperately under-resourced facilities,” she added, calling for asylum seekers to be “allowed to move, in an organised and voluntary fashion, to the mainland”.

Hotspots on the islands of Lesbos, Samos and Chios were hosting 7,000 more people than they were designed to accommodate as of November 20, according to the human rights and aid groups.

“Nothing can justify trapping people in these terrible conditions on the islands for another winter,” said Eva Cosse, Greece researcher at Human Rights Watch (HRW), in the statement.

‘End containment policy’
In March 2016, the EU and Turkey reached a deal to stem the flow of refugees from Turkey to Europe, while countries across the Balkans sealed their borders. Those measures have led to a build-up of more than 60,000 refugees and migrants in Greece.

Barring emergencies, asylum seekers are banned from travelling to mainland Greece, where better conditions and services are available, until their asylum process has been completed.

“Following the EU-Turkey statement, asylum seekers may wait for lengthy periods to complete procedures, in some cases over a year,” Boris Cheshirkov, spokesman for the United Nations’ refugee agency (UNHCR), told Al Jazeera.

“These delays have contributed to the present overcrowded conditions in the hotspots and the effects of the geographical restriction which keeps asylum seekers on the islands for extended periods must be considered.”

In their statement, the prominent groups called on Greek Prime Minister Alexis Tsipras to end “the containment policy” and take the necessary precautions to ensure that no asylum seekers are sleeping in tents before severe winter weather arrives.

The Greek Ministry of Migration did not reply to Al Jazeera’s request for a comment.
Among the groups that signed the statement were IRC, HRW, Amnesty International, ActionAid, Help Refugees and others.

‘Open-air detention camp’
Their warning comes amid soaring tensions on Greek islands, where the presence of refugees has become the subject of protests by locals and measures by law enforcement.

In Mytilene, the capital of Lesbos, police on Tuesday reportedly evicted several people when a group of hunger-striking refugees camped out in the town’s square refused to be transferred to another area outside centre.

Also on Tuesday, local media reported that at least seven refugees were arrested in the Moria camp, a closed facility, for arson, attempting to cause bodily injury, disruption of the peace and other violations.

The arrests came a day after residents of Lesbos went on strike against the presence of more than 8,500 asylum seekers on the island.

Spyros Galinos, the mayor of Lesbos, insisted that the island’s inhabitants have “struggled day and night for months on to shelter people who suffered from the consequences of war” throughout the last three years.

Around a million refugees passed through the island during that period, he added.

“Today though, we feel abandoned and forgotten by both the Greek government and the European Union, as both our community and the refugees are getting punished,” he told Al Jazeera on Wednesday.

“For months now, I kept appealing to both Athens and Brussels to take action as the refugee crisis is intensifying again.”

Galinos added: “Lesbos, an island of democracy, humanity, and culture, is slowly turning into an open-air detention camp, a large jail where refugees are living under abhorrent conditions, and our community is coming under unbearable pressure, risking falling prey to extremist and populist rhetoric.”

‘Dangerous for children’
More than 25,000 refugees and migrants have crossed the Aegean Sea to Greek islands from Turkey so far this year, according to the United Nations’ refugee agency (UNHCR). Of that total, children make up more than 37 percent.

The majority of arrivals have fled war in Syria, Iraq and Afghanistan.
Cheshirkov, the UNHCR spokesman, explained that the humanitarian situation on the islands has rapidly declined amid increasing refugee arrivals.

On Lesbos, more than 6,000 people are crowded in the Moria camp, which was designed to hold less than 2,000.

“Right now, it is dangerous for children, families, and vulnerable people to stay in Moria. Conditions could still deteriorate if overcrowding persists and as colder weather sets in,” Cheshirkov told Al Jazeera by email.

On Samos, more than 1,600 are crammed in a camp equipped for 700, according to Cheshirkov.

“Despite the difficulties of [the deal], which has gray areas Europe must clarify, it is a useful agreement for Greece,” he said.

“Migration and refugee flows of this magnitude have to be dealt with with agreements of this sort.”