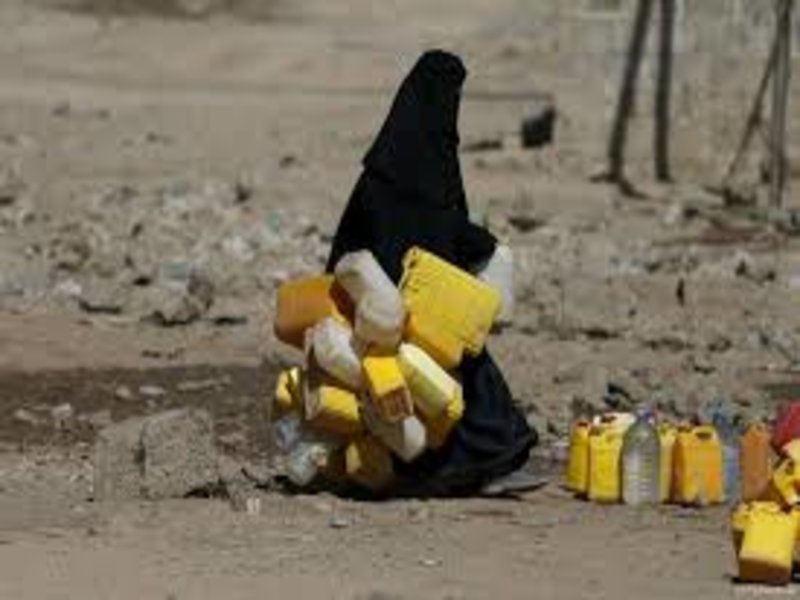 The International Committee of the Red Cross (ICRC) has confirmed that 2.5 million Yemenis are without access to clean water, Reuters reported.

The capital Sana’a and southern Bayda governorate joined a list of cities without clean water. Lack of access is “putting them at risk of another major outbreak of water-borne disease”, ICRC spokeswoman Iolanda Jaquemet said.

“The water and sewage systems in Dhamar and Amaran are now providing only half the normal coverage,” Jaquemet continued.

The lack of access stems from the Saudi-led air, land and sea blockade in early November following the ballistic missile fired towards the Saudi capital, Riyadh, by the Houthis. The all-out blockade was implemented in a bid to stop weapon systems being transferred to the Houthis.

Medical supplies in Yemen have decreased due to the blockade, with some 20 kidney patients requiring treating having died “due to the non-availability of treatment”, Jaquemet said.

“Given the current state of supplies, it is expected that dialysis centre in Ibb, Taiz and Al-Bayda will soon be forced to close, leaving close to 1,000 patients without the sort of treatment on which their lives depend,” Jaquemet said.

According to the UN, 400,000 Yemeni children are at risk of death if humanitarian assistance does not reach them.

Impoverished Yemen has remained in a state of civil war since 2014, when Houthi rebels overran much of the country, including the capital Sana’a.

According to UN officials, more than 10,000 people have been killed in the war, while more than 11 per cent of the country’s population has been displaced.