8 out of 10 children in Syria are ‘children of war’ 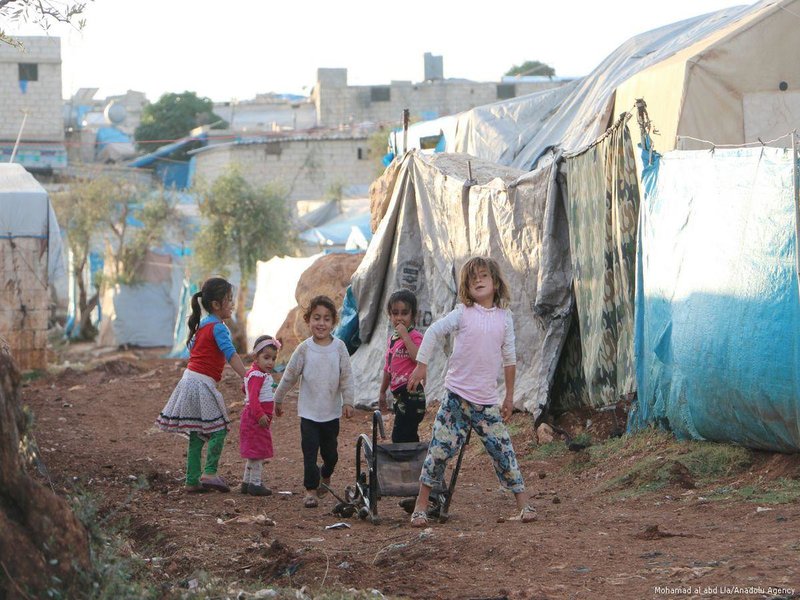 Millions of children in war-weary Syria continue to be deprived of their most basic rights – education, health, and protection for violence – a refugee rights body said.

“Children are the ones mostly affected by this war. Because they are perhaps the most needy and vulnerable beings on the earth”, International Refugee Rights Organisation deputy chairman Abdullah Resul Demir told Anadolu Agency.

Demir’s remarks came ahead of the Universal Children’s Day, which would be marked on November 20. He said:
Children rights are defined by international law. However, in the past six years, we have seen that when our Syrian children are in question, all international laws and humanity fail

Demir noted that UNICEF’s report in September 2017 has shown that a total of 8.5 million children – 6 million in Syria, 2.5 million out of the country – were affected by the conflict.

He added that 8 out of 10 Syrian children are “children of war” and 1.7 million live in the most intense areas of the conflict, while 2 million cannot go to school.

“My father was arrested by Bashar al-Assad’s regime six years ago. We have not heard from him since that day”, said Mohammad Omar Selum, who lives in a refugee camp in Idlib.

Selum said, “I really wish I could live in a house instead of a tent we are living in. I really wish there was a park to play with my brothers and a hospital where I could get treatment when I was sick. I only want a normal life like the other kids in the world.”

Shahud Derma, a 13-year-old who lost his fingers during attacks of the Assad regime, sells fuel in a tent he built on a roadside to support his father and his family.

Amal al-Ghafir lost her left leg in an airstrike when she was having a picnic with her family. She now walks with a prosthetic leg. “For Universal Children’s day, I only wish that no child cries, or feels sad”, Ghafir said.

Syria has only just begun to emerge from a devastating civil war that began in early 2011 when the Assad regime cracked down on pro-democracy protests with unexpected ferocity.

Since then, hundreds of thousands of people have been killed in the fighting and more than 10 million displaced, according to the UN.