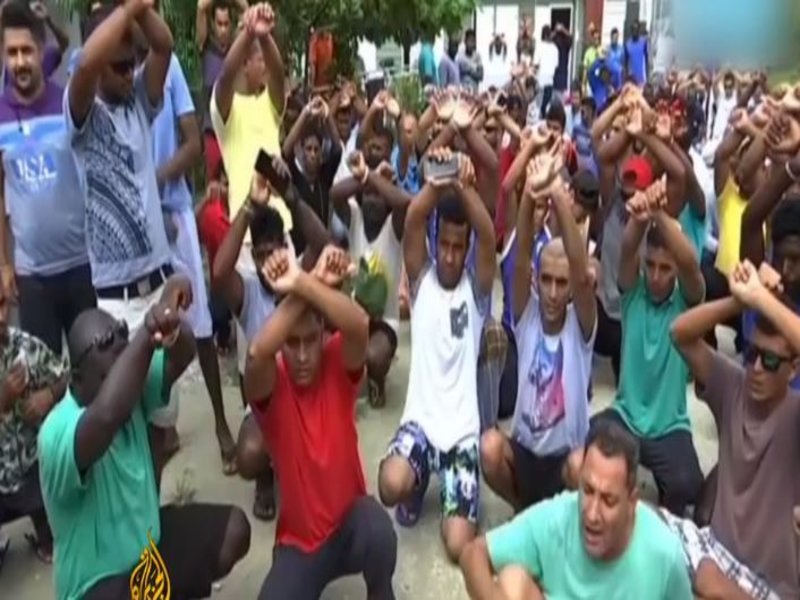 The strong words came as New Zealand’s prime minister said on Sunday the offer remains alive during a bilateral press conference in Australia, even as its prime minister declined to accept.

Almost 600 men have refused to leave the prison they were detained in until October 31 when food, water, and electricity were cut off. They say moving to other accommodation on the island – as Australian and PNG authorities are urging them to do – would put them at risk of attacks by locals.

They also dispute Australian government claims that alternative facilities are ready to live in.

“We of course do not have the circumstances that Australia is working under, but we also cannot ignore the human face of what Australia is dealing with as well, so the offer is very genuine and absolutely remains on the table as well,” Ardern said.

As expected, Prime Minister Malcolm Turnbull stated Australia wouldn’t be taking up the New Zealand offer, at least not in the short-term.

“The offer has been re-stated. We thank New Zealand for making that offer. We are not taking it up at this time for the reasons I explained earlier,” he said.

An alternative settlement deal with the United States was enacted in September, while the Australian government says another costly resettlement plan with Cambodia remains alive, despite only having been taken up by a handful of refugees.

The original New Zealand offer, made in 2013, laid the ground for 150 refugees to be resettled from Australia to its smaller neighbour annually.

Following a change of government in Australia, it was never enacted.

“PNG will very much appreciate NZ assistance in this regard,” Immigration Minister Petrus Thomas told Al Jazeera, but the country “had gone silent in the process”.

PNG, he said, had given a “helping hand” and identified refugees from non-refugees. “It’s now Australia’s responsibility to settle them in a third country.”

“No, because the offer is still under active consideration by Australia so there is no need to do so,” she said.