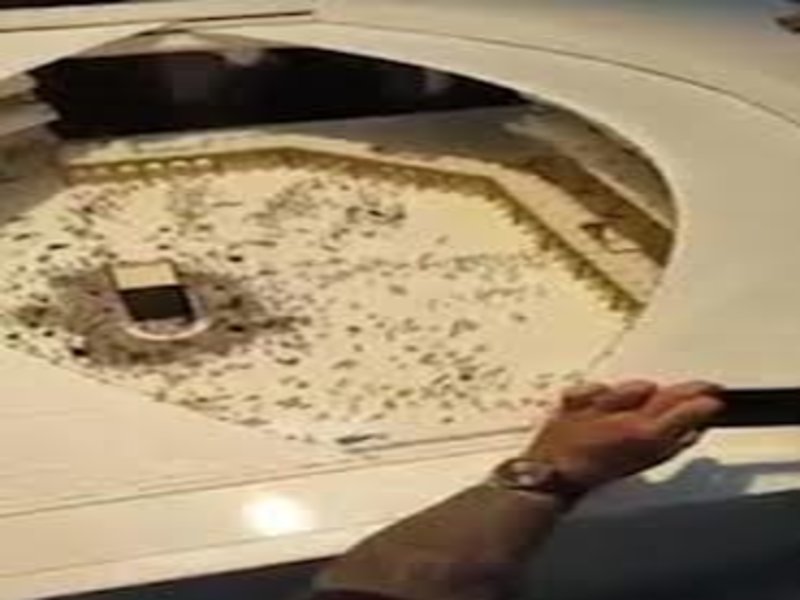 A video circulated on social media this week shows a scale model of the sports stadium-like roof over the Grand Mosque in Mecca.

In August, the security chief of the Grand Mosque’s told local media that work on the “umbrellas project” would begin next year.

“The project will be the largest in the world with a total area of around 2,809 metres squared,” he said.

The mosque in the western city is the location of the annual hajj pilgrimage, which is required of all financially and physically able Muslims at least once in their lifetime.

The head of the London-based Islamic Heritage Research Foundation has strongly condemned the plans to provide shade for pilgrims walking around the Kaaba – the black masonry cube at the centre of the mosque.

“For centuries Muslims have travelled to the site… and not complained about this. I can’t understand for the life of me why you would destroy the cradle of Islam and all our heritage like this”, Dr Irfan Al Alawi told British newspaper The Independent.

“Nothing should cover the Kaaba from above as Muslims believe the mercy of God descends from the highest heavens. This umbrella plan looks like a spaceship from a Hollywood movie,” he added.
The Saudi monarchy, under the self-appointed title Custodian of the Two Holy Mosques, has long been accused of “cultural vandalism” in Mecca and Medina.

Over 98 percent of the kingdom’s historical and religious sites have been destroyed under the command of the Al Saud ruling family, estimates the Islamic Heritage Research Foundation.

The ultraconservative Wahhabi interpretation of Islam adhered to by the state has promoted the destruction of historical buildings and graves associated with the prophet Muhammad and his companions over fears locals were committing heresy by worshiping them.

In 2003, Mecca’s Ottoman fortress was completely demolished to be replaced with the giant Mecca Royal Hotel Clock Tower.

The two firms will together build 150,000 hotel rooms to accommodate an increase in pilgrim numbers – expected to reach 30 million in Mecca and 23 million in Medina by 2030, up from a total of eight million to both sites this year.

In September 2015, a construction crane crashed over pilgrims congregating at the Grand Mosque, leaving more than 100 people dead.

Later that month, the hajj saw its worst ever disaster when a deadly stampede along the route killed around 2,300 people.

The stampede drew fierce criticism, in particular from rival Iran which reported 464 of its citizens killed.