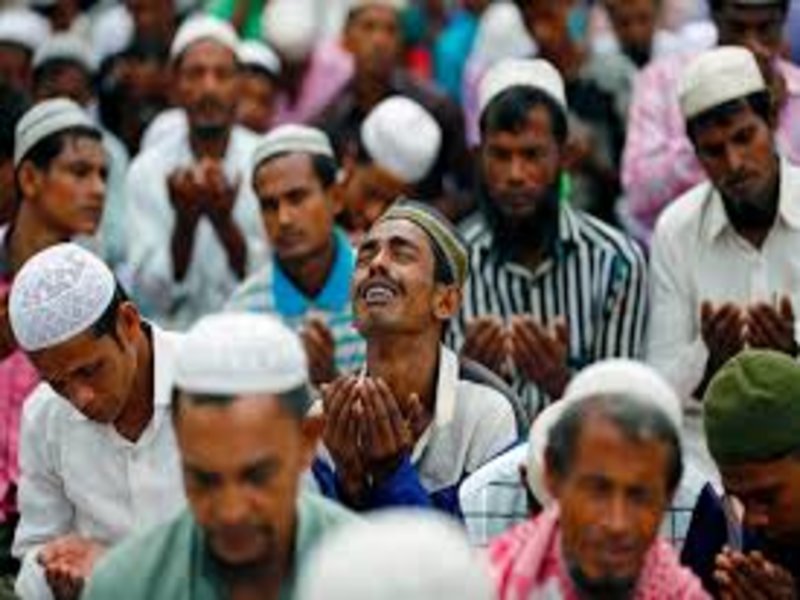 Bangladesh called on Myanmar on Monday to allow nearly 1 million Rohingya Muslim refugees to return home under safe conditions, saying that the burden had become “untenable” on its territory.

About 600 000 people have crossed the border since August 25 when Rohingya insurgent attacks on security posts were met by a counter-offensive by the Myanmar army in Rakhine state which the United Nations has called ethnic cleansing.

“This is an untenable situation,” Shameem Ahsan, Bangladesh’s ambassador to the United Nations in Geneva, told a U.N. pledging conference. “Despite claims to the contrary, violence in Rakhine state has not stopped. Thousands still enter on a daily basis.”

Vital humanitarian aid must continue, Ahsan said, adding: “It is of paramount importance that Myanmar delivers on its recent promises and works towards safe, dignified, voluntary return of its nationals back to their homes in Myanmar.”

Bangladesh’s interior minister was in Yangon on Monday for talks to find a “durable solution”, he said.

But Myanmar continued to issue “propaganda projecting Rohingyas as illegal immigrants from Bangladesh”, Ahsan said, adding: “This blatant denial of the ethnic identity of Rohingyas remains a stumbling block.”

Myanmar considers the Rohingya to be stateless, although they trace their presence in the country back generations.

Conducive conditions have to be “recreated” in Rakhine, he said. “This must include a solution to the question of citizenship, or rather lack thereof for the Rohingya community,” Grandi said.

Khaled al-Jarallah, deputy foreign minister of Kuwait, called on Myanmar authorities to “cease the practice of stripping the Rohingya minority of their right of citizenship, which as a result deprives them of the right to property and employment”.

Jordan’s Queen Rania visited Rohingya refugee camps on Monday and called for a stronger response from the international community to the plight of the Rohingya who fled to Bangladesh to escape “systematic persecution” in Myanmar.

“One has to ask, why is the plight of this Muslim minority group being ignored? Why has the systematic prosecution been allowed to play out for so long?” she asked after touring the camps.

The United Nations has appealed for $434 million to provide life-saving aid to 1.2 million people for six months.
“We need more money to keep pace with intensifying needs. This is not an isolated crisis, it is the latest round in a decades-long cycle of persecution, violence and displacement,” U.N. humanitarian chief Mark Lowcock told the talks.

An estimated 1 000- 3 000 Rohingya still enter Bangladesh daily, William Lacy Swing, head of the International Organization for Migration (IOM) said. He called them: “these most rejected and vulnerable people in the world.”

Joanne Liu, president of the charity Medecins Sans Frontieres (MSF) or Doctors Without Borders, described them as “the walking dead”.

There are only 210 hospital beds for 1 million refugees, malnutrition is on the rise and latrines are lacking to prevent contamination, she said. “The camp is a time-bomb, ticking towards a full-blown health crisis.”

Lowcock said a total of $340 million had been pledged to date, but Grandi later put the figure at $335 million.