UN concerned as up to 12,000 Rohingya children flee violence weekly 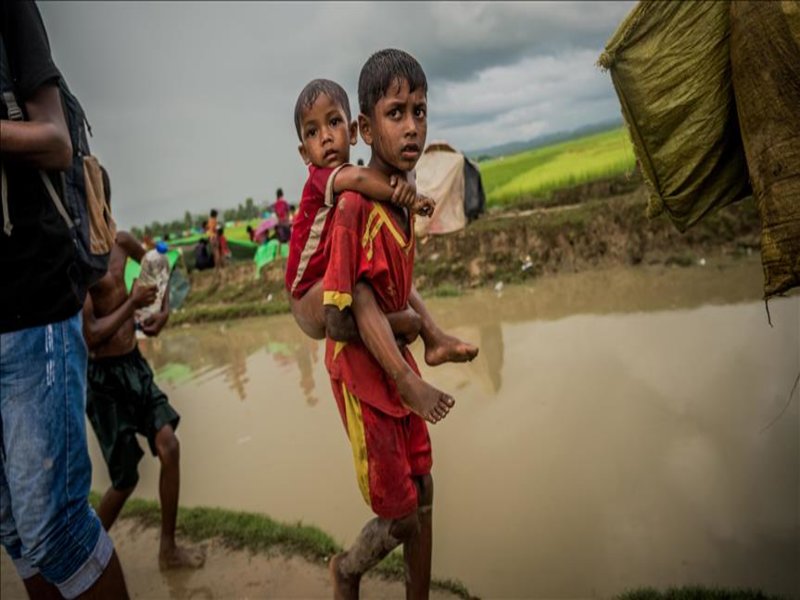 More than 320,000 Rohingya Muslim refugee children have fled to southern Bangladesh from Myanmar since late August while up to 12,000 more are fleeing violence every week, the UN warned on Friday.

Almost 60 percent of the latest Rohingya arrivals into Bangladesh are children, crossing at a rate of between 1,200 and 1,800 per day, the UN children’s fund, UNICEF, said in a report on Friday.

In the report — Outcast and Desperate — UNICEF stated: “Rohingya refugee children face a perilous future — UNICEF says that most of the refugees are living in overcrowded and insanitary makeshift settlements.”

Cholera and malnutrition are among main dangers at refugee camps, UNICEF reported.

“Many Rohingya refugee children in Bangladesh have witnessed atrocities in Myanmar no child should ever see, and all have suffered tremendous loss,” UNICEF Executive Director Anthony Lake said.

UNICEF also said it has no access to Rohingya children in northern Rakhine State in Myanmar at present.

Ahead of an international pledging conference on Monday in Geneva, UNICEF urged donor countries to respond urgently to requirements for $434 million to address the immediate needs of newly-arrived Rohingya refugees, as well as those who arrived before the recent influx.

UNICEF warned on Tuesday it could not continue helping refugees in Bangladesh without “immediate additional funding”.

The UN needs $434 million for Rohingya refugees from September 2017 to February 2018 but only $106 million has been received from donor countries.