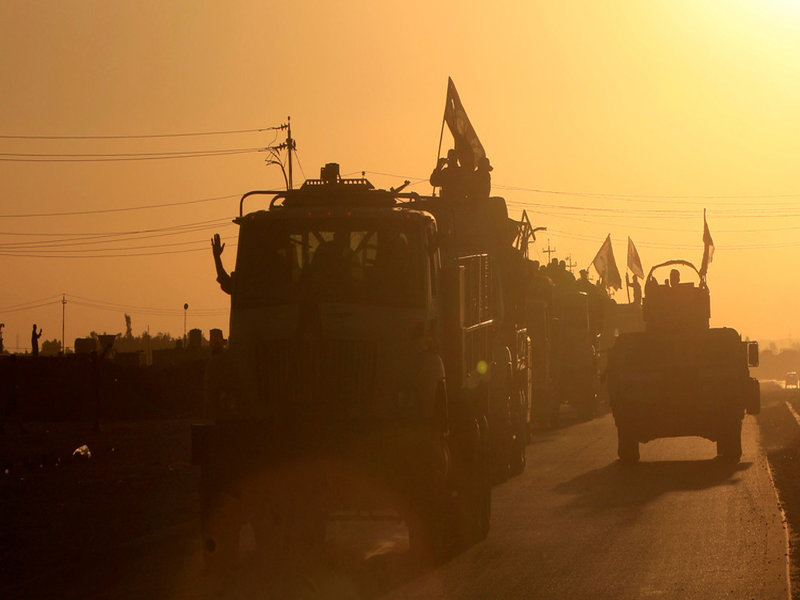 Iraq’s military says it achieved its objectives in a lightning-quick operation that saw troops sweep through disputed Kurdish-held territory in a punishing riposte to an independence vote last month.

Iraqi troops and allied militia retook the northern province of Kirkuk and its lucrative oil fields on Monday and Tuesday, as well as formerly Kurdish-held areas of Nineveh and Diyala provinces – all outside the autonomous Kurdish region.

Prime Minister Haider al-Abadi said Kurdish hopes for an independent state were now “a thing of the past”.

“Security has been restored in sectors of Kirkuk, including Dibis, Al-Multaqa, and the Khabbaz and Bai Hassan North and South oil fields,” Iraq’s Joint Operations Command said on Wednesday.

“Forces have been redeployed and have retaken control of Khanaqin and Jalawla in Diyala province, as well as Makhmur, Bashiqa, Mosul dam, Sinjar and other areas in the Nineveh plains.”

It dealt a body blow to the region’s finances by depriving it of the output from the Kirkuk oil fields, which had made up much of its exports.

Many people who fled the region continued to return on Wednesday.

“We are about to enter [the city], but we don’t know if it is safe or not,” resident Hassan Khader told Al Jazeera.

“Where else can I go? It’s better to go back to our house and our city.”

It remains unclear how many Peshmerga fighters were killed in sporadic clashes during the takeover.

“Since last night we’ve received 25 corpses of Peshmerga troops killed in battles of Kirkuk and its suburbs,” Barzan Mohammed, a morgue official in the Kurdish region’s second city of Sulaimaniyah, told Al Jazeera.

The Iraqi oil ministry signed a consultancy contract with BP in 2013 to help the state-owned North Oil Company develop the Havana and Baba Gurgur fields. Luaybi appealed to the firm – whose origins lie in the development of oil in then British-ruled Iraq nearly a century ago – to “quickly make plans to develop the Kirkuk oil fields”.

But it was never implemented as Baghdad lost control of the fields to Kurdish forces the following year during the chaos of Islamic State of Iraq and the Levant’s (ISIL, also known as ISIS) capture of the region in 2014.