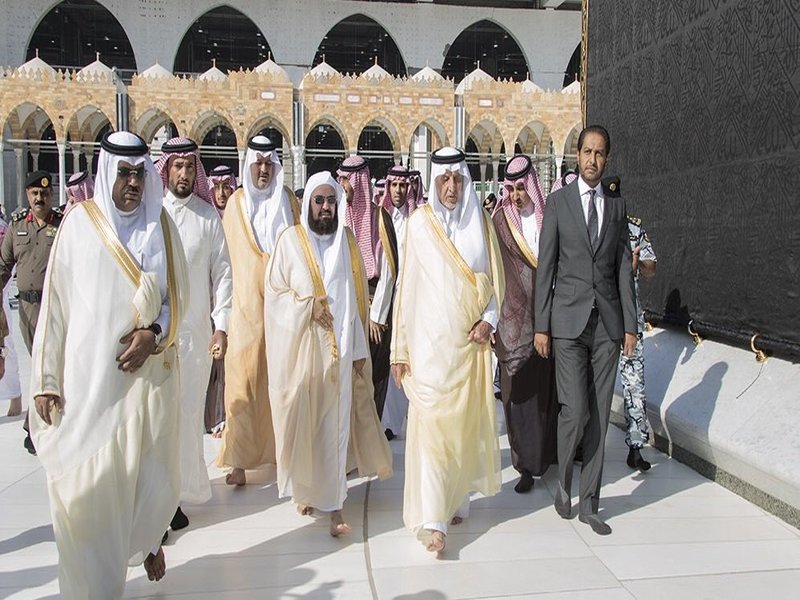 Mecca Governor Prince Khalid Al Faisal washed Islam’s holy Kaaba on behalf of Saudi Arabia’s King Salman, who is also known by his title as the Cutodian of the Two Holy Mosques.

Immediately afterwards, the prince and his companions carried out duties of washing the Kaaba from the inside with Zamzam water mixed with rose water, and wiped the walls with pieces of cloth dampened by the mix, according to the Saudi Press Agency.

The ceremony of cleaning the Kaaba is part of the tradition set by Prophet Muhammad.

Preparations for the washing start a day before the agreed date, with the mixing of Zamzam water with Tayef rose, oud and other luxurious perfumes. Towels were used to wipe the walls of the Kaaba, and after the guests leave it’s hall, it’s floor covered with washed marble, will be processed.