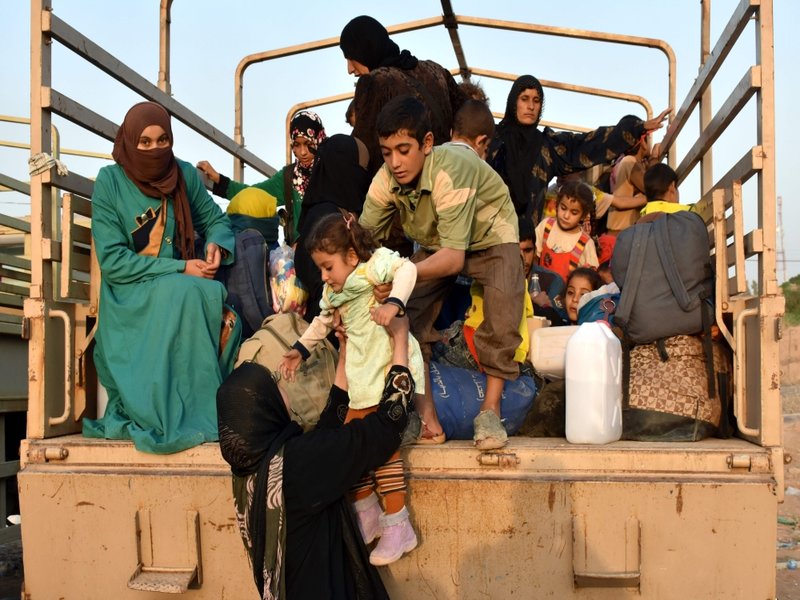 Beirut — The Daesh (the so-called IS) group on Sunday seized a town in central Syria known as a symbol of religious coexistence in a surprise attack against regime forces, a monitor said.

The terrorists took control of Al-Qaryatain in the central province of Homs early on Sunday, the Syrian Observatory for Human Rights monitor said.

Violent clashes broke out after the terrorists sneaked in, the Britain-based Observatory’s Rami Abdel Rahman said.

Government troops had surrounded the town, where several Christian families are believed to be living, he said.

In early August 2015, IS abducted 270 Christians from the town, transporting them around 90 kilometers (55 miles) away deep in the Syria desert and locking them up in an underground dungeon. They were freed 25 days later.

The same month, IS destroyed parts of a monastery in the town and reduced a fifth-century mud brick church to rubble using explosives and bulldozers.

Earlier this week the IS terrorists launched an assault on government positions in Syria’s vast Badiya desert, killing at least 128 regime troops.

Syrian troops pushed through the desert, which separates the main cities of the west from the Euphrates Valley this summer, and broke a years-long IS siege on government enclaves in the eastern city of Deir Ezzor last month.

In addition to the Russian-backed government offensive, a US-backed alliance of Kurdish and Arab fighters is battling the group, which is also under attack in neighboring Iraq.

Daesh has lost swathes of territory to the Russian-backed Syrian government and to US-backed Syrian fighters that are waging separate campaigns against the group’s last major strongholds in Deir Ezzor province in eastern Syria.