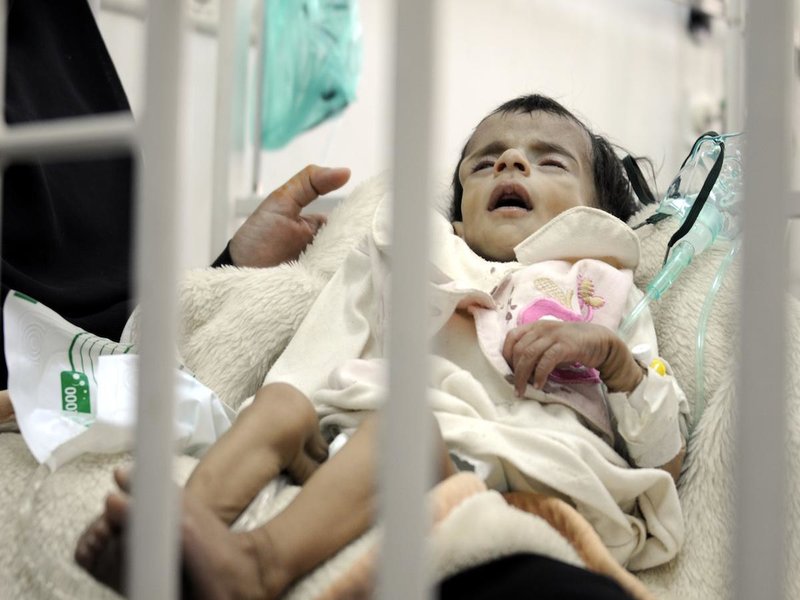 The number of starving people in the world rose in 2016 after it had remained steady for the past 10 years. It increased by 38 million and reached 815 million, which is equal to 11% of the world’s population, according to new food security report issued by the UN.

According to the report published on Friday by three UN agencies, the Food and Agriculture Organization (FAO), the International Fund for Agricultural Development (IFAD) and the World Food Program (WFP), the increasing number of people suffering from hunger is the result of the spread of violent conflicts and climate shocks.”

Out of 815 million people who have suffered from hunger in the world in 2016, 489 million are living in conflict-stricken countries.

According to the report, the number of people suffering from hunger rose from 777 million in 2015 to 815 million last year.

The report put the blame on conflicts for the increasing number of starving people, but it warned that peaceful environments also suffer from “deteriorating food security along with the challenge that the economic shrinkage poses in relation to poor people’s food provisions.”

The new increase in the number of starving people is raising “a major concern and a challenge also to the international commitments to end starvation by 2030,” according to the report.

The food security situation has deteriorated particularly in 2016 in parts of sub-Saharan Africa and in south-eastern and western Asia.

UN agencies have identified 520 million people, who are suffering from hunger in Asia, 243 million in Africa and 42 million in Latin America and the Caribbean.

To support food production in the poorest regions of the world, the UN has called for agricultural investment for small-scale villagers in conjunction with large industrial investments currently being accomplished.

Famine in Yemen
The report also dealt with several other models of conflict-stricken countries, which lead to a noticeable upsurge in famine rates. In southern Sudan, for example, the conflict led to a widespread humanitarian catastrophe. Famine was declared in parts of Unity State in February 2017, and more than 4.9 million people (more than 42% of the population) have been suffering from severe food insecurity.

Food insecurity and violence have led to the depletion and loss of assets such as livestock and families’ main food sources such as existing crops, grain stocks. In the most affected areas by famine, food is used as a war weapon. The trade embargo and security threat leave the population isolated in swamps and unable to have access to food or health care.

According to the report, and until March 2017, an estimated number of 17 million people have been suffering from acute food insecurity and needed urgent humanitarian action. These people represent 60% of the total population.

The nutritional situation has been exacerbated by the tragic collapse of the health-care system and its infrastructure, which was also accompanied by the outbreak of cholera and other epidemics that have affected many provinces in 2016 and are still affecting them in 2017.

The Syrian War
According to the UN, about 85% of the population in Syria today live in striking poverty. An estimated number of 6.7 million people are suffering from acute food insecurity and in need for urgent humanitarian action.

The war has also destroyed the country’s infrastructure, and food production has become very low today, as almost half of the population is unable to satisfy their daily food needs.