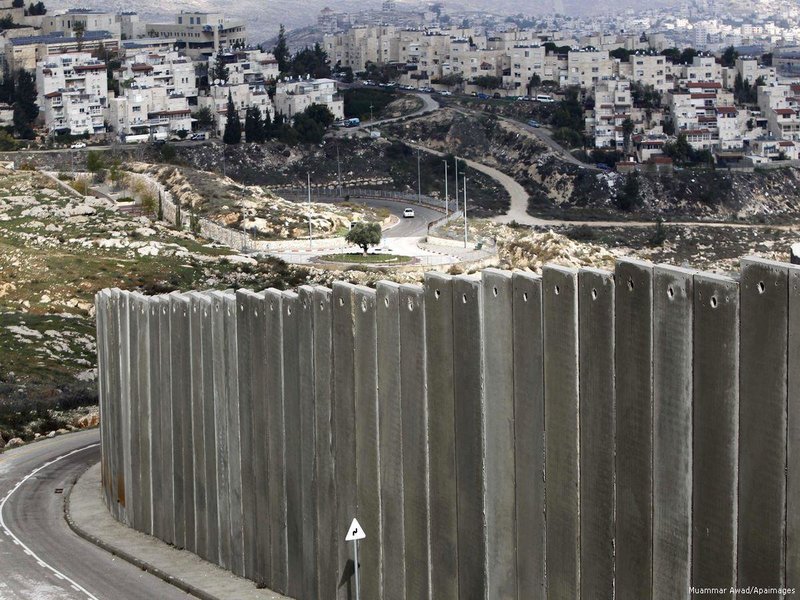 Israeli authorities have reportedly completed the construction of a 26-mile section of Israel’s illegal Separation Wall in the South Hebron Hills in the occupied West Bank.

Israeli media reported on Wednesday that the concrete barrier was erected between the Tarquimiya crossing and the Israeli town of Meitar.

According to Israeli media, the 26-mile barrier consists of some 20-feet-high cement blocks, where “additional protective measures” are also expected to be installed. Before the construction of the cement wall, a barrier fence was erected by Israeli authorities there.

“The completion of the wall in the southern Hebron Hills is another step in the Ministry of Defence’s efforts to significantly increase the security of residents of the area, and of all Israeli citizens,” Israeli Defence Minister Avigdor Lieberman reportedly said.

Israel’s Separation Wall, expected to reach 440 miles upon its completion – 88 per cent of which snakes through the occupied Palestinian territory, is a common site in the occupied West Bank. The International Court of Justice deemed it illegal in 2004 and ordered Israel to remove it.