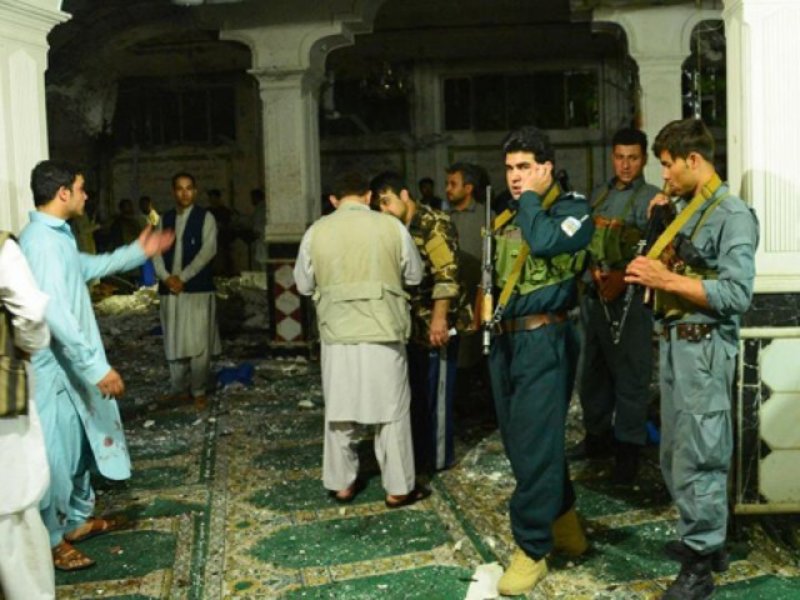 The father of an Afghan girl who represented her country in a robotics competition in the United States died in this week’s Herat mosque attack, her family said Thursday.

Fatema Qaderyan, 15, was part of the six-member team of Afghan teenage girls who won hearts across the globe when they competed in the international youth event in Washington DC last month.

They made headlines after twice being denied American visas, and were only able to travel from war-torn Afghanistan for the FIRST Global Challenge following a late intervention by US President Donald Trump.

Qaderyan’s older brother told AFP that their father died in Tuesday night’s suicide bomb attack on the Jawadya mosque which killed dozens and was claimed by the Islamic State group.

“We are all devastated, Fatema hasn’t eaten or spoken since the incident, and is in a state of shock. Today after she fainted several times, doctors started IV fluid therapy,” Mohammad Reza said at the family home.

The six girls are all from Herat, which lies close to the Iranian border in the west of Afghanistan. Before they were granted US visas for the event, in which they competed against high school students from around the world, Qaderyan made an emotional plea for them to be allowed to travel.

“We were not a terrorist group to go to America and scare people,” she told AFP.

“We want to take the message of peace to America and convey that Afghanistan is not only the country of war, and there are girls who chase their dreams in robots and education,” she added.

33 worshippers were killed, including children, and more than 60 others wounded, when two suicide bombers throwing grenades stormed the packed mosque where Shias had gathered for prayers on Tuesday night.

It was the latest deadly attack on the minority community in Afghanistan. IS has claimed responsibility for a series of attacks killing dozens of Shias in Kabul over the past year, including twin explosions in July 2016 that ripped through crowds of Shia Hazaras, killing at least 85 people and wounding more than 400.