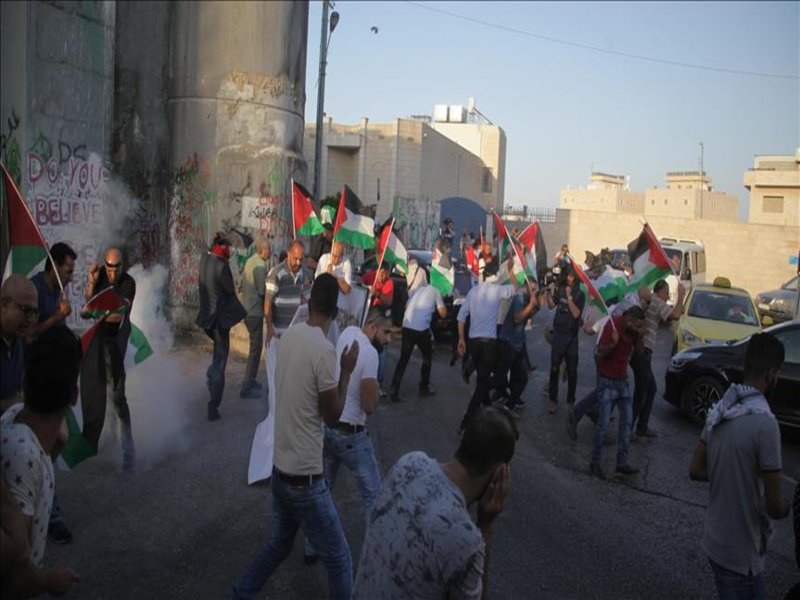 Israeli soldiers wounded nine Palestinians and detained four others Wednesday during protests against new Israeli security measures at the Al-Aqsa Mosque that restrict Palestinians on entering.

Witnesses say hundreds of Palestinians protested the restrictions at the Kalandia checkpoint that separates Jerusalem from Ramallah.

Israeli soldiers used conventional bullets, plastic bullets and tear gas to disperse the protesters demanding the removal of the metal detectors at one of Islam’s holiest sites.

Hamas’ political chief, Ismail Haniyeh, on Wednesday urged Arab and Muslim countries to organize an “extraordinary summit” in the face of Israel’s violations against Al-Aqsa.

“I invite all Muslims to take urgent action for Al-Aqsa mosque, whose sanctity and position is exposed to genuine danger, and I invite the leaders of Arab and Muslim countries to organize an extraordinary summit to fulfill their responsibilities,” Haniyeh said in a statement.

Haniyeh also called on the Muslim world for a general mobilization Friday against Israel’s violations at Al-Aqsa.

In a separate protest, the religious endowments and Al-Aqsa affairs, run by the Jordanian government, decided to close all the mosques in East Jerusalem on Friday and called for prayers in front of Al-Aqsa’s gates to resist the metal detectors used by Israeli police.

Protests began Sunday after the mosque’s leadership called on worshippers to boycott new metal detectors installed at the mosque’s entrances after a deadly shootout last week.

These new security measures have led to a wave of anger among Palestinians, who called for the immediate removal of the metal detectors.

Israel has defended the controversial move, claiming they are no different from security measures at other holy sites around the world.

Al-Aqsa Mosque is the third-holiest site in Islam after the cities of Mecca and Medina.