War-torn Yemen to get cholera vaccines as death toll mounts 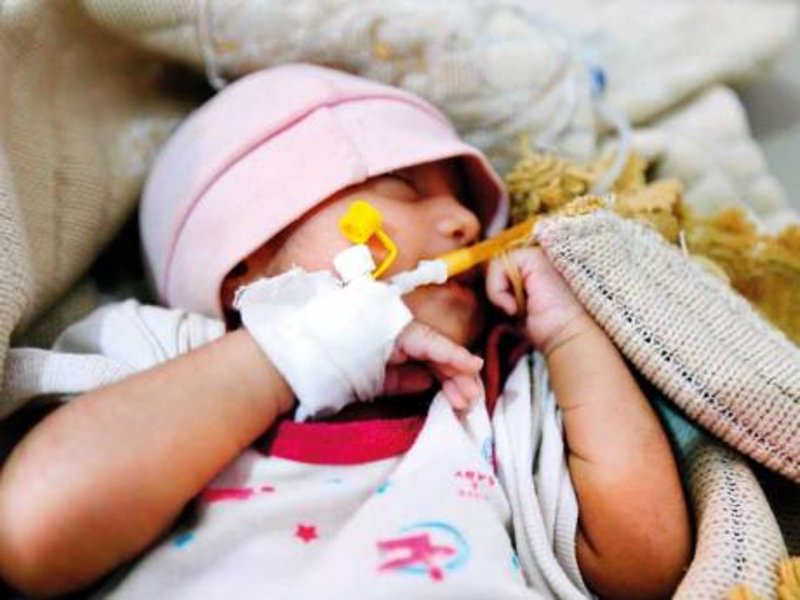 The UN health agency and some major partners have agreed to send one million doses of cholera vaccine to Yemen to help staunch a spiraling and increasingly deadly caseload in the impoverished country, which is already facing war and the risk of famine.

A spokesman for the World Health Organisation said Wednesday that it didn’t initially want to publicise last week’s decision because questions remain about when and how the doses could reach the neediest people in a country sliced up along front lines and grappling with a nearly-collapsed health system.

WHO said the one million doses for Yemen were approved on June 15 by the International Coordinating Group, which manages vaccine stocks and includes the Red Cross, Medecins Sans Frontieres, Unicef, and Gavi, the Vaccine Alliance along with WHO. Such a shipment would be the largest since one million doses were sent to Haiti after Hurricane Matthew last autumn — and would amount to about half of the usual world stockpile, which would then be replenished.

In just over two years, violence from Yemen’s war has killed more than 10,000 civilians. Now, in just over two months, the cholera outbreak has taken over 1,100 lives and the caseload is rising, with peak levels unpredictable, WHO says.

Vaccines will be but part of a complex response effort.

“The fact that over a thousand people have died during this rapidly spreading cholera outbreak is shocking,” said Dr Seth Berkeley, CEO of Gavi, in an email. “We cannot underestimate the huge logistical challenges of delivering vaccines in a war zone where the health system, as well as basic infrastructure, has been all but destroyed.”
Berkeley said the doses could help slow the spread of the disease as part of a broader strategy to contain it.

WHO spokesman Tarik Jasarevic said on Tuesday that a tally from the cholera outbreak between April 27 and June 19 turned up 170,286 suspected cases and 1,170 deaths. He said the agency and Unicef, which has a key role in sending water to needy populations, are “refining their approach by focusing on the worst-affected areas in the worst-affected districts.”

“To stop the spread, it is vital that people have access to safe drinking water, oral rehydration solutions and effective treatment such as antibiotics and intravenous fluids for those severely affected,” he said in an email.

Jasarevic said about 2,000 new cases were appearing each day, though the International Federation of Red Cross and Red Crescent Societies (IFRC) on Wednesday put the figure at 6,000. A week ago, the UN humanitarian chief in Yemen said 923 people had died of the disease and warned the caseload could reach nearly a quarter-million cases by September.

A WHO map of the outbreaks from its latest “situation report” on Yemen show the highest concentrations in urban areas and in western Yemen where fighting on the front lines divvy up control of the territory.

While vaccines could help, it’s basics like clean water, functioning sanitation and proper hygiene that are most needed against what experts say is a disease that’s relatively easy to fight — but potentially deadly if not fought adequately. Above all, the response will require access and information campaigns in the hardest-hit areas.

“Certainly there’s a role for a cholera vaccine in helping break transmission, but to my knowledge, the best use of a cholera vaccine is really before the peak,” Dr Melissa McRae, medical coordinator in Yemen for Medecins Sans Frontieres, said.

“I just wonder if we are able to find the best communities, who haven’t really reached their peak yet, to really make the best use of this vaccine,” she said by phone from the embattled city of Taiz.

WHO says cholera is present in 20 of Yemen’s 22 governorates. For the vaccination campaign, the needs will include access to people in affected areas” “cold-chain facilities” because the vaccines require refrigeration” trained health workers” and “mobilisation activities to prepare the communities to accept the vaccine,” the agency said.

The IFRC secretary-general Elhadj As Sy, said cholera and high malnutrition rates compound the challenges.
“Without treatment for malnutrition, more people will fall ill. And a child who survives cholera will be even further malnourished,” he said. “It is the most vicious of vicious spirals, and the situation is rapidly escalating downwards and out of control.”

Experts say that proper estimates of cholera cases are hard to come by in Yemen, and many cases could involve acute watery diarrhoea, which has similar symptoms. Medical teams say the end of the Muslim fast month of Ramadan in the coming days could have an impact.

According to WHO, an estimated 1.4 billion people who live in countries where cholera is endemic are at risk of the disease each year. This year, the UN agency has tallied 800 cholera deaths in Somalia and more than 800 deaths in Congo. It cited estimates that 4,000 died of cholera in Haiti from October to December 2010 following a devastating earthquake.