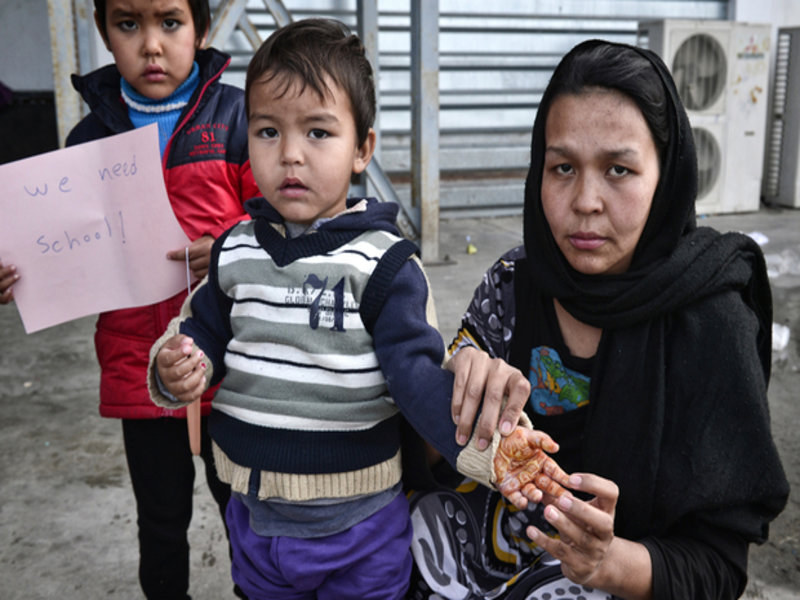 One year after the European Union and Turkey reached a deal to quell the flow of asylum seekers in Europe, there has been a rise of psychological disorders among migrants at refugee camps in Greece, according to a Doctors Without Borders (MSF) report released on Tuesday.

Since the deal, “women and children are trapped in unsafe zones outside of Europe unable to flee, forced to use even more dangerous smuggling routes to reach Europe or are trapped in overcrowded ‘hotspots’ on the Greek islands,” said the report.

The group found that the number of refugees with PTSD at the Greek island of Lesbos tripled while “patients with symptoms of depression and anxiety” increased by 2.5 times. They also found an increased amount of people with psychosis, severe trauma, self-harm and suicide attempts.

“On the island of Samos, in January 2017 alone there were twelve reported attempted suicides and six reported cases of self-harming,” said a press release.

The agreement allowed the EU to send migrants arriving in Greece back to Turkey if they do not apply for asylum or if their claim is rejected.

An MSF psychologist said that “the deal is having a direct impact on the health of our patients, and many are becoming more vulnerable. These people have fled extreme violence, torture and war and survived extremely dangerous journeys.”

The group also saw “an increase of patients reporting trauma” from violence due to the border closures in Serbia and Hungary just days prior to the deal.

“European leaders continue to believe that by building fences and punishing those who still try to cross them, they will deter others from fleeing for their lives,” Aurelie Ponthieu, MSF humanitarian adviser on displacement, said in a statement.

“Every day we treat the wounds, both physical and psychological, inflicted by these deterrence policies. Such measures have proven to be not only inhumane and unacceptable, but also completely ineffective.”

In late October, MSF said tens of thousands of asylum seekers were trapped in the “open-air prison” of Greece seven months after the landmark – and costly – deal aimed at improving conditions in the cash-strapped country.

More than 15,000 people are still stranded on three Greek islands – Lesbos, Chios and Samos – after arriving by boat across the Mediterranean, and many face spending the cold winter months there as they wait for asylum appointments scheduled for April or May.