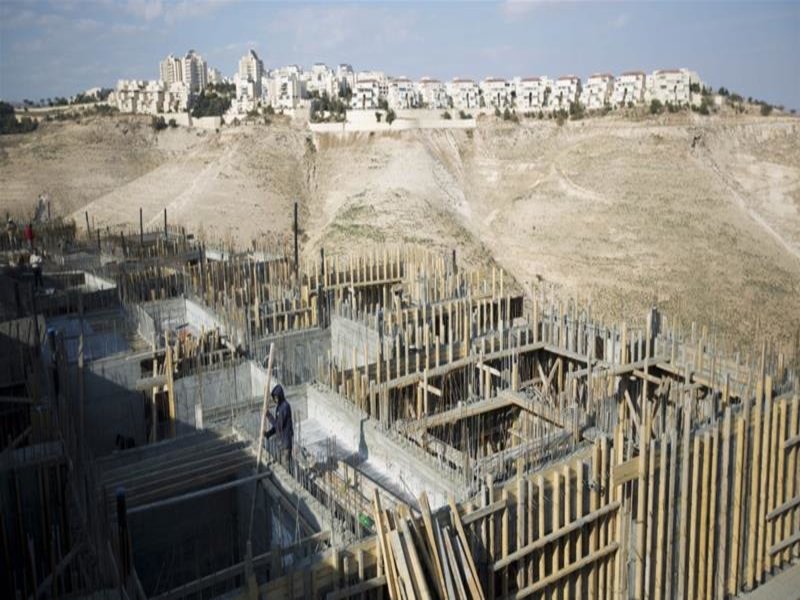 Israel has announced the construction of 3,000 settlement homes in the occupied West Bank, the fourth such announcement in the less than two weeks since the inauguration of US President Donald Trump.

“Defence Minister Avigdor Lieberman and Prime Minister Benjamin Netanyahu have decided to authorise the construction of 3,000 new housing units in Judea-Samaria,” the defence ministry said in a statement on Tuesday, using a term Israel uses for the West Bank, a Palestinian territory it has occupied since 1967.

Since the January 20 inauguration of Trump, Israel has approved the construction of 566 housing units in three settlement areas of east Jerusalem and announced the building of 2,502 more in the West Bank.

The plans had been frozen under pressure from the previous US administration of President Barack Obama, which had warned that settlements could derail hopes of a negotiated two-state solution.

Trump however has pledged strong support for Israel, and Netanyahu’s government has moved quickly to take advantage.

“We are building and we will continue building,” Netanyahu said last week, referring to settlement approvals.
The prime minister has said he sees the Trump presidency as offering “significant opportunities” after facing “huge pressures” from Obama on Iran and settlements.

The announcements have deeply concerned those seeking to salvage a two-state solution to the Israeli-Palestinian conflict.

All Israeli settlements are illegal under international law. The international community views them as a major obstacle to peace as they are built on land the Palestinians see as part of their future state.

More than half-a-million Israelis live in Jewish-only settlements across the occupied West Bank, including East Jerusalem, according to the Israeli rights group B’Tselem.

In a telling break with the Obama administration, Trump’s White House has not condemned Israel’s settlement expansion.

Earlier on Tuesday, the Israeli army issued an eviction notice to residents of Amona as it prepared to demolish their homes.

The order posted at the site on Tuesday gave the residents – some 40 families, including more than 200 children – 48 hours to leave their homes, according to media reports.

“There are only about 40 hourses there, so this is very small outpost… but it means a lot ot the Jewish community. They say that if that settlement is evacuated and demolished, it sets a precedent for other settlements to also be removed.”

And while the announcement Tuesday that an additional 3,000 settler homes would be built in the occupied West Bank “is likely to alleivate some of the concerns of the settlers”, Khan said, the settlement movement in Israel feels it has been given a “green light” from the incoming Trump administration in the US and that “it shouldn’t be getting rid of any settlements”.

Israel’s top court had ruled in 2014 that Amona, built on land belonging to Palestinians from surrounding West Bank towns, must be vacated by February 8.

In practice, Israel has confiscated Palestinian land since its military occupation of the West Bank, including Jerusalem, and the Gaza Strip started as a result of the 1967 Middle East war.