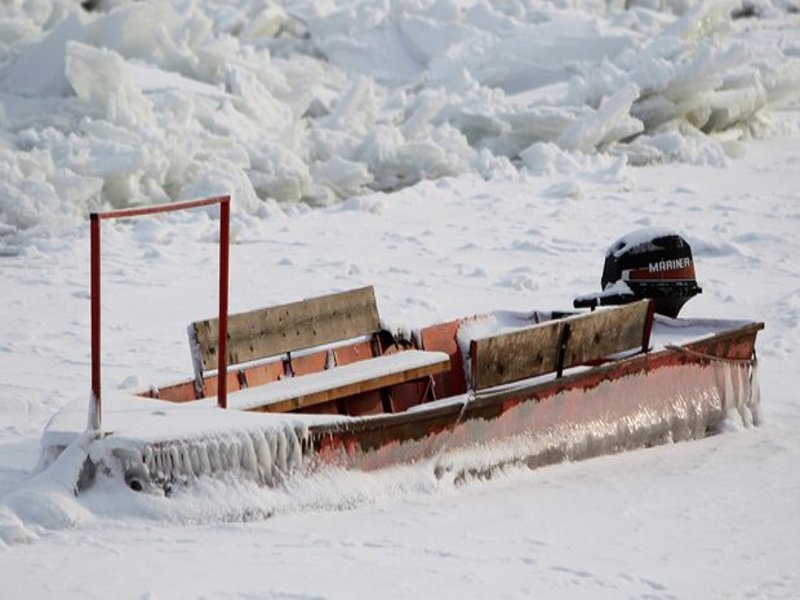 Officials suspended shipping along Europe’s second-longest waterway as a freezing spell gripped large parts of the continent, causing hardship especially among migrants, the homeless and the elderly. The death toll rose to 61 on Tuesday, with a third of those in Poland.

Romanian police halted shipping at midday on Tuesday along 565 miles (900km) of the Danube river. Croatian and Serbian authorities also stopped river traffic on the Danube.

In Serbia shipping was banned on the river Sava because of icy conditions which claimed two lives in southern Serbia.

Authorities said an 88-year-old man and his son, 64, died from freezing temperatures in the village of Duga Poljana in the country’s south which has been hardest hit by the recent cold spell. Serbian state TV reported the two victims, discovered by a man delivering bread from a neighbouring village, were extremely poor.

Three people have been found dead in the past three days in Macedonia as temperatures plunged to -20C (-4F). One 68-year old homeless man was found frozen to death in the capital, Skopje, while a 60-year-old man died in front of his home in the southern town in Strumica. An 80-year-old woman was discovered in her home in eastern Macedonia.

Authorities urged homeless people to go to shelters and local schools, which are taking them in during the cold spell.
In Albania it snowed in the southern city of Saranda for the first time in 32 years. A homeless Albanian man was found dead in the south-eastern city of Korca, the fifth person to die in the frigid weather.

In the central town of Bulqize temperatures plummeted to -22C (-7.6F) with most rural areas cut off by snow. There were temporary power and water outages. Army helicopters were distributing aid in remote mountain areas.

Following strong criticism from aid agencies and others, authorities on the Greek island of Lesbos said they would move 250 refugees from tents at camps into vacant hotel rooms as heavy snow continued unabated around the country.

The government also said it was sending a Greek Navy ship to Lesbos, to serve as a floating shelter for residents of a snow-bound camp.

“We denounce the inhuman living conditions refugees on Lesbos are facing,” an association of public hospital doctors said “They are living in mud and snow, cramped together in unsuitable tents … and lighting fires inside them to stay warm.”

Elsewhere snow prevent several flights in Greece’s second-largest city, Thessaloniki, while a state of emergency was declared in several parts of the country.

Snow dusted the ancient Acropolis in Athens and closed most schools in the capital, while more than 10 heated shelters were opened for homeless people. An Athens municipal employee was placed under disciplinary review for allegedly telling occupants to leave a shelter because his shift had ended and nobody was available to take his place.

One person died and more than 10 were injured in Istanbul after a mosque canopy collapsed because of high winds and snowfall. It happened during a funeral service near Istanbul’s main airport. Bulent Kerimoglu, a district mayor, told reporters ambulances rushed the injured to nearby hospitals.

Several Serbian municipalities declared emergency measures to battle the extreme weather and dozens of villages in the south were cut off by high snowdrifts.

In Romania the Bucharest mayor, Gabriela Firea, on Tuesday ordered schools in the capital to remain closed for the rest of the week as the country battled the bitter cold which has led to travel delays, power outages and a surge in demand for natural gas and power.

Farther north in Poland where 20 people have died since the cold spell started last week, alarming smog levels led authorities to close schools and kindergartens for two days in the southern city of Rybnik to protect children from noxious fumes, and offer free public transport to try and improve air quality.

She said traffic fumes and industrial smoke also contributed to the poor air quality but to a lesser extent as they had to meet European standards.

Poland’s government centre for security said six people died on Monday because of the cold.