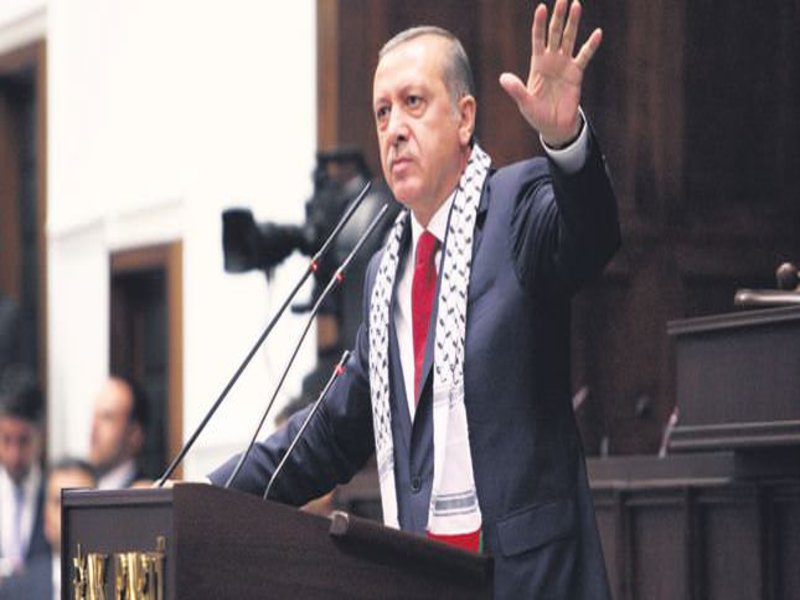 At least 29 people, including 27 police officers, were killed in two separate bomb attacks in the Besiktas district of Istanbul, the country’s interior minister said early Sunday.

Two police chiefs were among the deceased, while at least 166 people were injured, Suleyman Soylu told reporters in Istanbul.

Ten suspects have been detained as part of ongoing probe, he added.

Health Minister Recep Akdag said 20 of the injured have been discharged from hospital while 17 are in surgery, and six are in intensive care units, three of them in critical condition.

President Recep Tayyip Erdogan said the attack targeted police and civilians alike, and sought to cause the most casualties. He added:
When Turkey takes a positive step towards the future, the response comes immediately in the form of blood, loss of life, brutality, and chaos by terrorist organisations

“The murderers who ambush life, peace, and happiness will not defeat the integrity of the state and the nation. They will not be able to divert Turkey from the path of democracy and law,” Yildirim said.

The explosion occurred two hours after a Turkish football league match between Besiktas and Bursaspor at the Vodafone Arena.

Nihat Yildiz, who saw the blast, told Anadolu Agency he heard two explosions within one minute of each other.
“We saw a huge flame along with the blast. The windows of the restaurant broke into pieces with the pressure of the explosion. Then we heard gunfire for two minutes,” he said.

Another witness, Abdullah Cavus, a Bursaspor fan, said the blast happened right after buses carrying fans moved from the scene.

The American embassy took to Twitter to denounce the attack. “We condemn tonight’s cowardly attack, and salute the courage of the Turkish people as we stand with them against terror,” it said.

President of the European Parliament, Martin Schulz posted a comment on social media:
My thoughts & solidarity with Turkish citizens, with families of victims of Istanbul attack. I wish speedy and full recovery to the injured.

NATO Secretary General Jens Stoltenberg condemned the attack, calling it as “horrific acts of terror.” He stressed that NATO stands united in solidarity with its ally Turkey. “We remain determined to fight terrorism in all its forms,” he added.

UK Secretary of State for Foreign & Commonwealth Affairs, Boris Johnson said that “UK committed to working with Turkey to tackle terrorism,” adding that his thoughts are with all those affected.