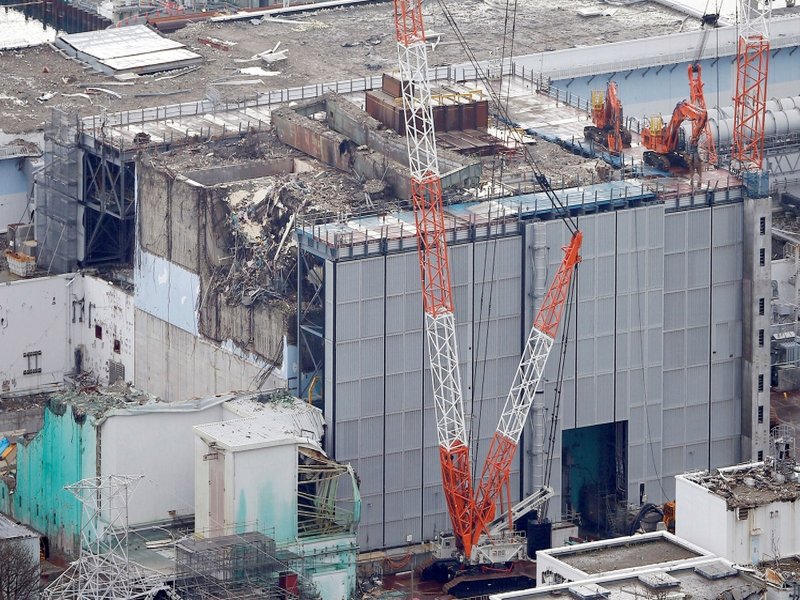 No loss of life reported but thousands of residents flee for higher grounds after magnitude 7.4 quake. A powerful earthquake sent a series of moderate tsunamis towards Japan’s northeastern shore, raising concerns about the Fukushima nuclear power plant destroyed by a much larger tsunami five year ago.

The magnitude 7.4 earthquake, which was felt in Tokyo, sent thousands of residents fleeing for higher ground as dawn broke along the northeastern coast.

There were no reports of deaths or serious injuries several hours after the quake hit at 0559 (2059 GMT Monday). The tsunami warning was lifted nearly four hours later.

The earthquake was centred off the coast of Fukushima prefecture at a depth of about 10km, the Japan Meteorological Agency said.

A wave up to 1.4 metres high was recorded at Sendai, about 70km north of Fukushima, with smaller waves hitting ports elsewhere along the coast, public broadcaster NHK said.

Aerial footage showed tsunami waves flowing up rivers in some areas, and some fishing boats were overturned in the port of Higashi-Matsushima.

All of Japan’s nuclear power plants on the coast threatened by the tsunami were shut down following the March 2011 disaster, which knocked out cooling systems at Tokyo Electric Power Co’s Fukushima Daiichi nuclear plant, causing reactors to melt down and spew radiation into the air, soil and sea.

The cooling system for a storage pool for spent nuclear fuel at the reactor at its Fukushima Daini Plant was initially halted on Tuesday, said a spokeswoman for Tokyo Electric Power, but was restarted soon after.

No other damage from the quake has been confirmed at any of its power plants, although there have been blackouts in some areas, the spokeswoman said.

The March 11, 2011, quake was magnitude 9, the strongest quake ever recorded in Japan.

The massive tsunami it generated knocked out the Fukushima Daiichi plant, causing the worst nuclear crisis since Chernobyl a quarter of a century earlier.

Warning systems have been updated since the 2011 disaster to spread warnings more quickly to the affected population, said Tsunetaka Omine, head of the Disaster Management Division in Iwaki, a city in Fukushima prefecture.