Teacher To Muslim Refugee Student: You’re A Terrorist, And I Can’t Wait Until Donald Trump Deports All You Muslims 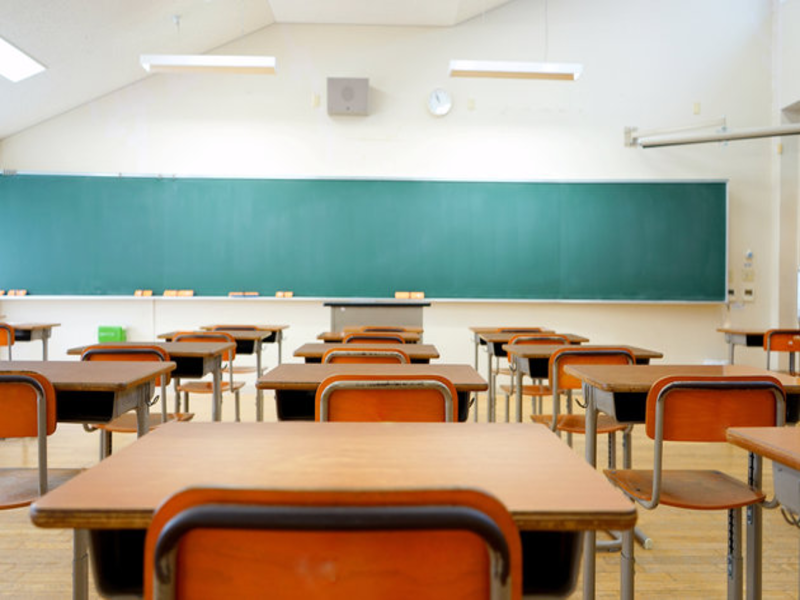 Get a cup of coffee. Attend worship services. Go to the library. Board a flight. Ride a train. Take a bus. Drive a car. Walk down the street. Fill up at a gas station. Go to work.These are things that most of us do every day without a second thought, but these unremarkable events are increasingly fraught with fear for many Muslims.

As a wave of bigotry sweeps the country, Muslims (and those perceived to be Muslim) are facing unprecedented harassment, discrimination, and violence simply for living their lives. It seems anti-Muslim bigotry is everywhere, even in our public schools.

Today, the ACLU and the ACLU of Arizona filed letters of complaint with the U.S. Department of Justice and U.S. Department of Education to make clear that enough is enough. Any anti-Muslim discrimination is detestable, but it is especially pernicious when it targets students in our public schools, which should be safe havens for students of all faiths, and those of none.

As alleged in the letters of complaint, the Academy of Excellence, a public charter school in Phoenix, Arizona, is anything but a safe haven for Muslim and immigrant students like our client A.A. During the 2015–2016 school year, A.A. was a sixth grader at the Academy, where he was repeatedly discriminated against by his teacher because he is a Muslim and because, as a refugee, he hails from Somalia.

On one occasion, A.A.’s teacher showed a video to the class about 9/11 terrorists and then said to A.A. in front of the entire class, “That’s going to be you,” suggesting that he was destined to become a terrorist himself.
Another time, when A.A. raised his hand to answer a question, his teacher snapped at him — “All you Muslims think you are so smart” — in front of the entire class. Then, referring to the fact that A.A. and his family were resettled in the United States on refugee visas, the teacher started ranting about Donald Trump, telling A.A.:
“I can’t wait until Trump is elected. He’s going to deport all you Muslims. Muslims shouldn’t be given visas. They’ll probably take away your visa and deport you. You’re going to be the next terrorist, I bet.”

On the bus ride home, A.A.’s classmates mimicked his teacher’s anti-Muslim comments, taunting him about the fact that his visa would be revoked because he is a Muslim, calling him a “terrorist,” and accusing him of planning to blow up the bus.

But that’s not all: Earlier in the school year, the same teacher had refused to let A.A. pray during recess and, during class one day, she choked him because he would not stop talking with his classmates — even though she had instructed the class that they could have a few minutes of “downtime” to do just that.

When A.A.’s mother initially complained about these events, the school’s director sided with the teacher and claimed the teacher had done nothing wrong. (Unfortunately, this was not the first time the school director had been dismissive of reports that her staff had assaulted a student. In 2013, she sided with a bus driver who had allegedly slapped a six-year-old, prompting the child’s father to withdraw all five of his children from the school.)

And in January of this year — just a few days after the most recent complaint to the school, this time about the teacher’s rant over A.A.’s visa — school officials falsely claimed that A.A. had broken school rules by opening an emergency window on the school bus. They went on to effectively expel him, along with his younger sister, F.A., a second-grader, from the school.

A.A. and F.A. are not alone in facing this type of prejudice from their peers and public-school officials. Recently, Abdul Aziz, a North Carolina first grader, was reportedly beat up on his school bus by classmates who called him names because of his Muslim faith and Pakistani heritage. Last year, Ahmed Mohamed, a 14-year-old Muslim student in Texas was arrested, sent to a juvenile detention center, and suspended from school. His crime? Bringing a homemade clock to school to show his teachers, who then called the police and accused him of building a bomb.

According to another report, a high-school teacher in Lawndale, California, asked his world history class, “Who thinks all Muslims should die?” When informed that student Sumaya Ali is a Muslim, he then told her, “Oh, you’re a terrorist,” adding, “That’s not what I think. That’s what America thinks.”

In Gwinnett County, Georgia, a middle-school Muslim girl who wears hijab was “jokingly” asked by her teacher whether she had a bomb in her backpack. And in Houston, Texas, a middle-school teacher was placed on administrative leave this April after allegedly telling his Muslim student, Waleed Abushaaban, “we all think you’re a terrorist.” The remark prompted Waleed’s classmates to taunt him about making bombs.

These are just a few examples. In the last year, reports of discrimination against Muslim students have been all too frequent. Like our clients, A.A. and F.A., the students’ only “offense” was their faith or national origin. But in the current climate of fear, that’s all that’s required for a student to be expelled, suspended, or suspected of being a terrorist.

No more. We stand with A.A., F.A., Abdul, Ahmed, Sumaya, Waleed, and all Muslim or immigrant kids, who — more and more — are being harassed in school. Public schools have an obligation to protect students from discrimination, so they can safely live their lives and receive the education they’re entitled to. And, as our complaints make clear, the Departments of Justice and Education have a duty to make sure schools honor the protections our laws provide.