The story of Mahmoud: An armless Syrian child who lost his legs to landmine 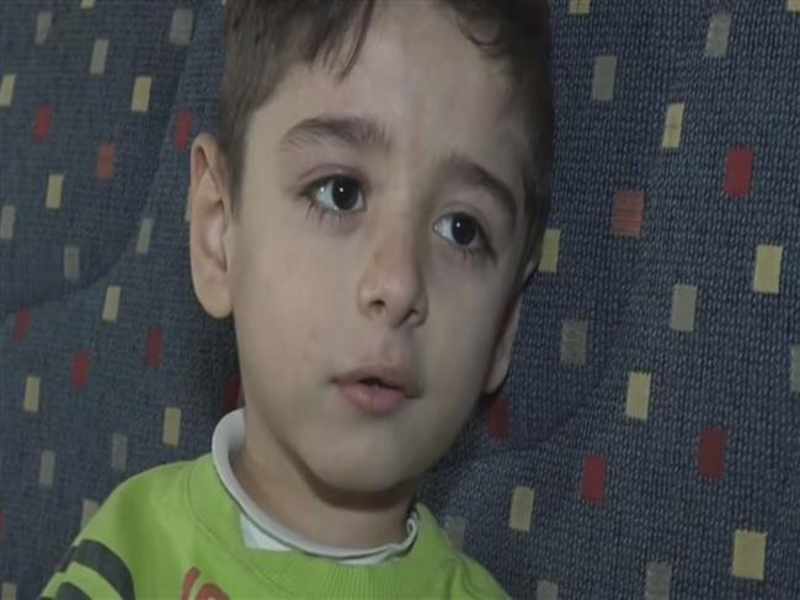 Here is the story of Mahmoud, a six-year-old Syrian boy who was born without arms, and recently lost both of his legs after stepping on a mine planted by militants in Syria’s Aleppo.

According to his mother, Madina Halyaf, the child lost his legs while fleeing a village in northern Aleppo along with his family.

“I was going with them to my uncle’s house. We were walking together with him [Mahmoud]. His uncle carried him. We were trying to pass through, they didn’t let us pass, we went secretly, hiding, on foot,” she said.

Aleppo, Syria’s second largest city, has been divided between government forces and foreign-backed militants since 2012. The Syrian army launched operations to reunite the government-held western part and the militant-held eastern section of Aleppo on September 22, with the support of the Russian air force.

“Thank God, it is not too bad. We won’t allow him to be sad. We never leave him alone, never. And anything he needs, we bring it to him immediately, so that he does not feel [deprived]. If anytime it happens that we leave him alone, of course, his morale gets low,” she added.

Mahmoud’s father disappeared three years ago during clashes with militants in the Syrian capital Damascus.
The conflict in Syria, which flared up in March 2011, has claimed the lives of more than 400,000 people, according to an estimate by UN Special Envoy for Syria Staffan de Mistura.