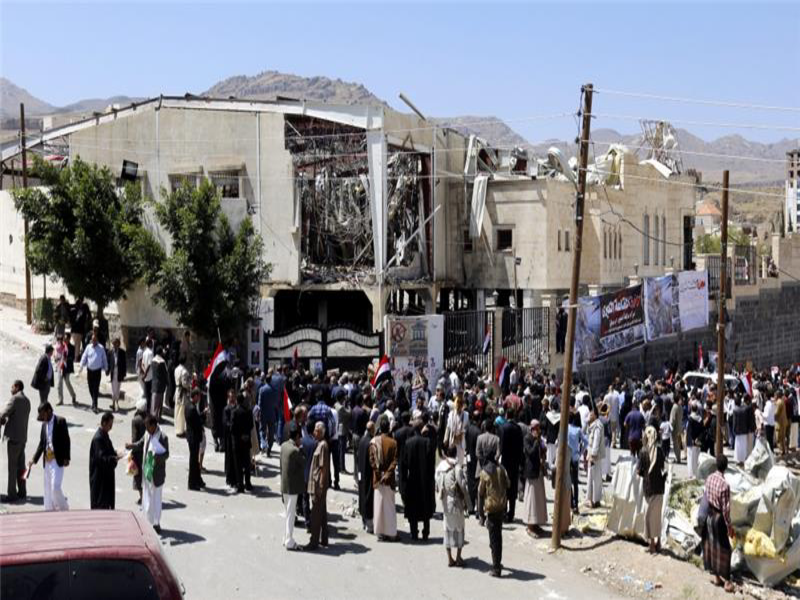 Envoy confirms getting assurances of commitment from all parties to truce, which will go into effect on Wednesday night.

The UN has announced that a 72-hour ceasefire in Yemen will go into effect on Wednesday night.

In a statement on Monday, the office of the UN’s special envoy for Yemen said Ismail Ould Cheikh Ahmed had received assurances from all Yemeni parties of their recommitment to the ceasefire.

Abdel-Malek al-Mekhlafi, foreign minister of Yemen’s internationally recognised government, confirmed via his official Twitter feed that President Abd-Rabbu Mansour Hadi had agreed to the ceasefire with the possibility of it being extended.

“The president agreed to a 72 hrs ceasefire to be extended if the other party adheres to it, activates the DCC (De-escalation and Coordination Committee) and lifts the siege of Taiz,” he said.

The DCC is the UN-backed military commission responsible for overseeing ceasefires in Yemen.
Taiz, the country’s third largest city, is almost completely surrounded by the Iran-allied Houthis and their allies; forces loyal to Hadi have tried unsuccessfully for months to wrest it back.

On Sunday, the US, Britain and Cheikh Ahmed issued an appeal to the rival parties in the civil war to declare a ceasefire.

The appeal was made after John Kerry, the US secretary of state, met Cheikh Ahmed in London and his opposite numbers from Britain, Saudi Arabia and the UAE to discuss the Yemen conflict.

“This is the time to implement a ceasefire unconditionally and then move to the negotiating table,” Kerry said after the talks.

Deadly bombing
The Arabian Peninsula country has been rocked by a deadly war since the Houthis, who are allied with forces loyal to the former president Ali Abdullah Saleh, overran the capital Sanaa in September 2014.

However, the conflict escalated after a coalition of mainly Sunni Arab countries assembled by Saudi Arabia launched a bombing campaign against the Houthis and their allies in March 2015.

Adel al-Jubeir, Saudi foreign minister, said on Monday the kingdom was prepared to accept a ceasefire if the Houthis agreed to one, but that he was sceptical about peace efforts.

Previous attempts to enforce a ceasefire in the country have so far failed, with the war intensifying after a round of peace talks in Kuwait ended in August without achieving a breakthrough.

The Arab coalition stepped up its air raids following the breakdown of talks and cross-border attacks from Yemen also intensified.

Monday’s ceasefire announcement came just over a week after the coalition bombed a funeral hall in Sanaa, killing about 140 people including prominent political figures.

The air strike, which the coalition blamed on mistaken information from Hadi loyalists, drew international condemnation and led to pressure for a ceasefire from the US and Britain, key backers of the coalition air campaign.

The Houthis and their allies hold most of Yemen’s northern half, while forces loyal to Hadi share control of the rest of the country with local tribes.

Government forces have recaptured the south and east but failed to make any significant advances.

The war has killed almost 6,900 people, wounded more than 35,000 and displaced at least three million since March last year, according to the UN.