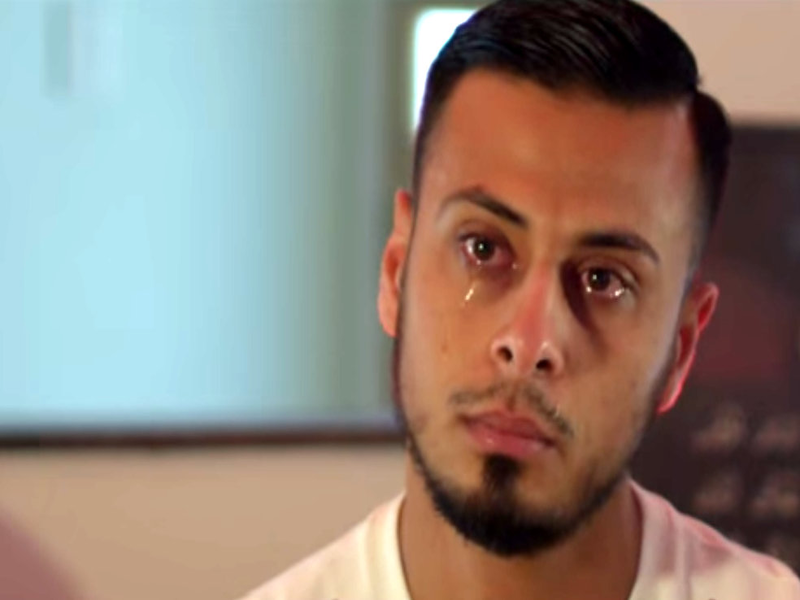 Current: Ali took a turn for the worse at the beginning of this week, he had been admitted to hospital and with the grace of Allah has since been discharged and is back home.

Repost: 2015
Being diagnosed with cancer is like death sentence for many. But this is not the way Australian Muslim Ali Banat sees it. For him, the sickness is unquestionably a gift from Allah.

“At this point in my life, Alhamdulillah I have been gifted by Allah with cancer throughout my body and I have changed my whole life to helping people,” he said.

When asked why he called the illness a gift from the Allah, the sobbing Ali Banat said the disease was opportunity for transformation.

“Alhamdulillah it is a gift because Allah has given me a chance to change,” he tells Mohamed Hoblos from Living Muslim, wiping tears streaming from his eyes.”

The Sydney born and bred lad’s life took a dramatic turn when he was diagnosed of cancer four months ago.
The most throbbing news was when the medical experts told him he had seven months to live.

Giving away the wealth
Despite having the dreaded disease all over his body, Ali Banat psyched himself for the day he will breathe his last.
In video that has gone viral after being posted on Facebook the once successful businessman chose to reconsider his bountiful lifestyle when he came to know about his shrinking health condition.

He got rid of his cars, a fleet that comprises of Ferrari Spider, and had to do away with his expensive watches as he was determined to shun the worldly life in preparation for the day he shall depart the earth.

“I wanted to try to leave this world without anything,” said Ali Banat.

A trip to his room shows the luxurious lifestyle which Ali Banat was living, from designer bracelets that cost around $60 000, expensive watches, designers sunglasses and top of the range sneakers – some of which has made way to under-priviledged communities in Africa.

No love for this world
Gazing at his Ferrari parked on the driveway, Ali Banat says his interest in the materialistic possessions has vanished.

“Driving something like this doesn’t really cross my mind anymore. It’s not something I want to do anymore.
“After someone tells you, or you find out that you are sick or haven’t got much time in this life, wallahi this is the last thing you want to chase and this is how we should be living our life every day,” said Ali Banat as he advised people chasing worldly objects.

“These people are going for the wrong goals; you will realize that when you get sick when someone tells you, you haven’t got long to live.

“You will realize all this stuff doesn’t benefit you in anyway.”
Messages of support from Muslims across the world have been sent to Ali Banat, who has established a charity organization that has constructed a masjid and school in Africa, which will serve as continuing charity when he passes on.

‘Ya Allah take me’
He said the idea of establishing the charity organization, Muslims Around the World Project, was borne out of realization that when he dies all his wealth will remain except for his deeds.

“It all started when I went to the cemetery where a brother that had cancer had passed away. And I was at the cemetery and I was thinking to myself after you go there’s nothing, there’s no one there for you, no mother, no father, no brother, no sister except for your deeds,” explaining that even the wealth also disappears.

Ali Banat who has been spending most of his time visiting the cemetery in preparation for his death told Living Muslim he’s ready for the angel of death to take his soul.

“I have been advised by one of the brothers to take a special drug, to help me with pain and stuff and subhanallah it’s very strong. I took a bit too much and came into a whole different world as in not knowing where I was.

“It was very hard for me, and subhanallah I actually seen things I have never seen before and my family were all there standing around me and I was pointing up and I was saying ‘Ya Allah take me’.

“It was that beautiful what I was seeing, I just wanted to go, and the next day subhanallah I wake up and I was upset that Allah didn’t take me,” said Ali Banat with eyes filled with tears.