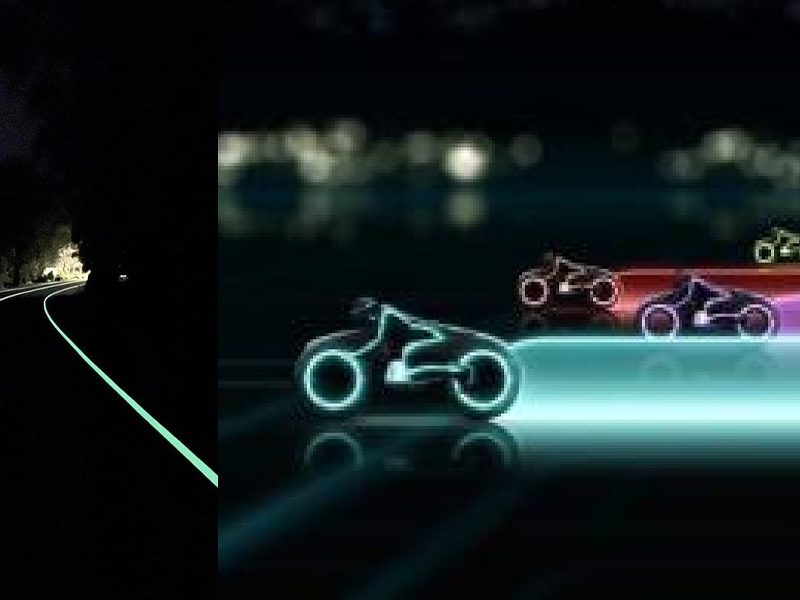 A trio of Australian companies have produced glow-in-the-dark road paint to better illuminate highway lanes at night, and their teal-green hue has reminded social media of TRON.

Currently being trialed in Victoria, Australia, the lane markings use photoluminescence which is the same technology used in glow sticks and other glow-in-the-dark products that absorb the Sun’s light during the day and release it after dark.

Tarmac Linemarking, in collaboration with OmniGrip and Vic Roads, created the product that went on trial for 1 kilometer along Metong Road in southeast Victoria, and afterwards were swamped with calls from businesses and town councils wanting their own roads illuminated.

But that’s not all, pictures of the luminescent roads went viral on the social media sites Facebook and Reddit, with commenters pointing out how much it seemed like the 1982 film TRON, in which Jeff Bridges is a video game developer who’s transported inside the mainframe of a computer which he then has to escape using “light cycles”—a motorcycle that leave a permanent trail of colored light behind it. TRON became a staple arcade game developed by Atari across America in the wake of the film.

In reality, the lane markings are not to satisfy TRON’s cult following, but better protect drivers on Victoria’s roads.