U.S. on course to surpass its annual airstrike record on innocent Somalis 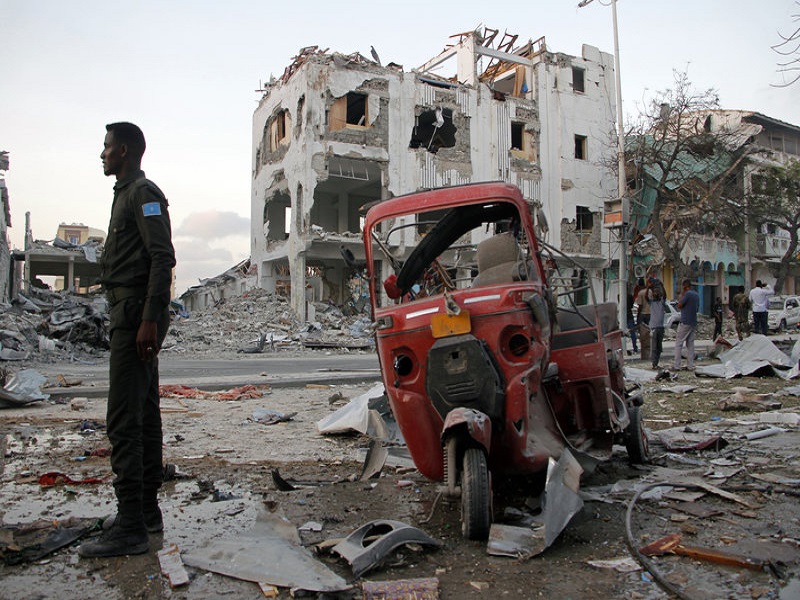 Somalia is a country located in the Horn of Africa. It borders both Ethiopia & Kenya and is situated just across the Gulf of Aden from Yemen – a country which itself has been bombarded and devastated by its northern neighbor Saudi Arabia, with US backing, from 2015 until the present time.

Somalia’s border on the Gulf of Aden makes that country of critical importance to USA for any interruption of travel in those waters there would require ships and tankers in the Persian Gulf to make the long journey around the length of Africa to bring oil and other goods to the United States and Europe.

The US has been intervening in Somalia in various ways for decades – first in the name of fighting communism and Soviet influence after Somalia dedicated itself to ‘scientific socialism’ in 1969, then in the name of humanitarianism in the early 1990’s, and then later in the name of the US’ so-called War on Terror from the time of George W. Bush to the present. Whatever the reason du jour, the US’ interventions have only further destabilized and devastated Somalia, despite successive US administrations’ claims to want to bring stability.

President Obama picked up where George W. Bush left off in Somalia, carrying out a “shadow war” by means of US Special Forces, private military contractors and plenty of aerial bombings.  Under President Trump, the US campaign in Somalia only intensified, mainly in the form of airstrikes against Al-Shabaab. And it’s likely that Biden will step up the campaign in 2021.  According to reports, the US African Command (AFRICOM) “conducted 52 airstrikes in 2020, 63 in 2019, 47 in 2018, and 35 in 2017,” and has already conducted six airstrikes in Somalia this year.

Ignoring the UN’s call to end all hostilities during the pandemic, the US has instead intensified its bombing campaign, killing scores of Somali civilians in the process. And, to add insult to injury, the US has been unwilling to count the dead, to interview even one witness of its errant bombings, or to compensate the families of those killed.

“At current rates, 2021 is on course to surpass the number of airstrikes conducted in Somalia in previous years.