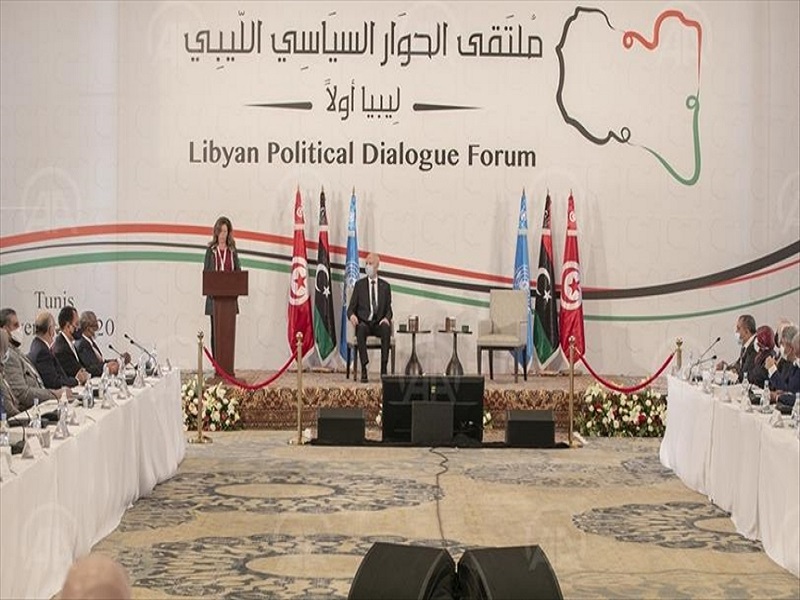 A Libyan interim unity government has been chosen to replace the war-torn country’s rival administrations and oversee elections in December.

Delegates at a UN-led forum voted for a three-member presidential council and a prime minister at the end of five days of talks in Geneva.

It is a key step in a peace process that builds on last year’s ceasefire. Libya has been in chaos since long-time ruler Muammar Gaddafi was deposed and killed in 2011 by Nato-backed forces. The turmoil in the North African nation, which has one of the continent’s biggest reserves of oil and gas, has had repercussions for the whole region with Gaddafi’s looted arsenal fueling a variety of militants and groups. It has also allowed the country to become a key trafficking point for migrants seeking to reach Europe across the Mediterranean.

Mohamed Younes Menfi, a former ambassador to Greece, will become the head of the presidency council. Abdul Hamid Mohammed Dbeibah, a businessman from Misrata, will be the transitional prime minister. None of the politicians chosen will be allowed to take part in election on 24 December 2021. All the candidates standing agreed before the vote to appoint women to 30% of all senior government roles.