Exploitation, Economic Slavery and the Empire Controlling it all

The global image of the International Monetary Fund and World Bank has transformed drastically since establishment at the Bretton Woods Conference in 1944. Archaic policy and an aggressive ‘growth at all costs’ strategy has perpetuated a dangerous cycle of dependency among developing states for which they have never been held accountable.

If we are to look at global financial regulation through the binary of the World Bank and IMF one can quickly deduce the flawed ideology driving their political ends. Once you extrapolate the blatant, exploitative nature of their structures and the methodology which informs these exploits, their dubious undertakings become clearer.

The IMF’s Articles of Agreement audaciously state that it lends money;
“to give confidence to members by making the general resources of the Fund temporarily available to them under adequate safeguards, thus providing them with opportunity to correct maladjustments in their balance of payments without resorting to measures destructive of national or international prosperity.” However, the history of the IMF’s perfunctory “favours” for financially distressed states are far more complex than this modest description illustrates.

The latest example of this reckless lending cycle is Pakistan requesting an IMF bailout of $15 billion as the country teeters on the brink of a balance of payment crises. Pakistan’s newly-elected prime minister Imran khan has inherited a government plagued by corruption and maladministration in which state coffers were looted by his predecessor Nawaz Sharif and his cronies. Khan’s administration has taken to selling off government assets including his fleet of luxury vehicles in order to salvage some of the losses but this has barely made a dent. The nationalist leader said during his election campaign that he would “rather commit suicide than go around the world begging”, but these words have fallen by the wayside as he has already secured funding from China (whose infrastructure projects are being partly blamed for this financial crises) and Saudi Arabia (which will probably be used to buy oil). If a bailout package is agreed, it would be Pakistan’s second IMF bailout in five years and its thirteenth since the late 1980s. This is however no silver bullet for Pakistan. The financial detriment of yet another IMF loan would also nullify the promises made by Khan’s new government, which include significant job growth and the establishment of a welfare state.

I’m sure a compelling argument can be made against the exploits of the IMF with the phrase “the numbers don’t lie” in mind, but economic slavery is about more than the numbers, it’s about what those numbers represent. The result of multiple bailouts by governments means millions of hardworking individuals will now be left anxiously waiting for the proverbial “crap to hit the fan”. It’s a matter of when, not if.

THE IMF LEGACY IN LATIN AMERICA

Last month an emergency loan of $56 billion was granted to Argentina by the IMF. Amid a global backdrop of economic uncertainty and political instability, the consequences will be far more disastrous than Mauricio Macri’s government can fathom. The loan is the single largest ever granted to an individual state and comes with strict conditions including a zero deficit for 2019. Yes, the IMF is providing much needed liquidity for the country but as history has proven, this comes at a steep price, which raises two primary concerns; firstly the ability of Mauricio Macri’s government to pay back the loan in full and second the irresponsibility of the IMF’s opportunistic, predatory system of lending to countries who are already over-indebted.

Argentina’s president has found himself on the receiving end of widespread demonstrations against his economic policies. An overwhelming majority of Argentinians are against breaking bread again with the IMF but the neo-liberal government of Mauricio Macri has chosen to take the gamble. Put simply by Economist Michael Hudson, “The IMF’s loan will only enable more capital flight for the upper class and greater unpayable debt for the rest of the population”. If this sounds familiar, it’s because it is.

Latin American disdain for the IMF is not a new phenomenon. Under Brazilian President Fernando Henrique Cardoso in 1998 a new austerity plan shifted control of large swathes of the economy to the IMF. Prior to her impeachment, former president of Brazil Dilma Roussef became an outspoken critic of the IMF, who critics say, were instrumental to her downfall. The same occurred with perhaps one of Brazil’s biggest political icons, Lula da Silva, whose most notable accomplishment was kicking the IMF to the curb in December 2005 after paying off its $15.5 billion loan. Turning Brazil from a borrower to a net lender of the IMF.

The 1980s rank as arguably the most turbulent period for Latin American economies often described by economists as the “lost decade”. Loans to Chile by the IMF required 40% wage cuts plummeting growth prospects and leading millions into a black hole of financial misery. During Mexico’s 1982 debt crisis, wages as well as spending for health, education, and basic infrastructure dropped by half. As a result, infant mortality tripled and vital human needs were unmet to assure bankers got paid.

The decade through the early 1990s saw Latin American debt rise from $110 billion in 1980 to $473 billion in 1992, accompanied by interest payments growing from $6.4 billion to $18.3 billion. As a result, worker livelihoods, health and welfare suffered. Globally, in fact, many millions lucky enough to have work endure sub-poverty wages to let foreign predators cash in, profiting enormously on their misery. Make no mistake, this loan is not the result of the IMF’s largesse, but is rather part of the ongoing pantomime which lays down the hard calculus of an increasingly antagonistic global economic cycle designed to enslave entire countries, effectively placing fiscal and political decision making control into the hands of the IMF and World bank.

Prompted by the World bank and IMF in the late 1980s, the 1990’s saw an aggressive push toward trade liberalization taking place in Kenya. In 1980 the first structural adjustment loan was granted to the country despite it already heading down a rocky path. A more direct intervention by the IMF and World Bank in the 1990’s saw the central bank remove controls over capital flows. The problem created however was that the decision enabled corrupt politicians to transfer money out of the economy leading to events such as the Goldenberg scandal. This involved the payment of massive cash subsidies for fictitious exports of gold and diamonds by a firm called Goldenberg International. The “Goldenberg” scandal was made public 26 years ago and cost Kenyan taxpayers £400m leading to several fraud convictions which included the country’s central bank governer and treasury secretary. From political decision making to so-called economic “restructuring”, a culture of impunity has developed through IMF sanctioned programmes, it’s become a case of ‘he who pays the piper calls the tune’.

The so-called “structural policies” implemented by the IMF and World Bank are a result of western corporate greed. The economist Joseph Stiglitz has criticised the more monetarist approach of the IMF in recent years. He argues it is failing to take the best policy to improve the welfare of developing countries saying the IMF “was not participating in a conspiracy, but it was reflecting the interests and ideology of the Western financial community.”
Except for the privileged few who can evade this cycle, it’s the worst, not the best, of all possible worlds as the IMF and World Bank continue financializing economies into debt bondage, transforming them into hollow shell dystopian backwaters.

CAN BRICS FILL THE VOID THE IMF LEAVES BEHIND?

There is a need to work to improve economic governance at a global level while increasing the representation and voice of developing countries. The BRICS New Development bank can potentially assist fund infrastructure and sustainable development projects. Some analysts have argued that the New Development Bank and Contingency Reserve Arrangement (CRA) are the IMF and World Bank of BRICS. This is a weak argument as these entities differ significantly.

The New Development Bank and Contingency Reserve Arrangement (CRA) are largely viewed as counterweights to the increasing sphere of influence of Bretton Woods institutions and the pervasive spread of Western hegemony through the global corporatocracy. The positive point of the new institutions is that all members have equal voting rights and the CRA funds are generally without any conditionalities (for now). Although they may not be financially competitive to the IMF and WB, it may sound the alarm for these institutions to urgently reform and adopt a truly developmental agenda not simply the illusion of one. From Latin America to Asia it’s clear that dependency and not development is key to the World Bank and IMF’s growing empire of economic slavery. 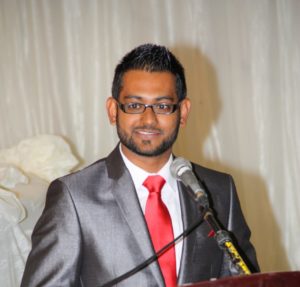 Muhammad Sheik is a radio broadcaster and academic researcher in International Relations at UKZN focusing on Sino-Iranian Relations. He reads a lot, sleeps a little, and never forgets to stop and smell the roses.