Flood hits over 300 Rohingya shelters in no man’s land 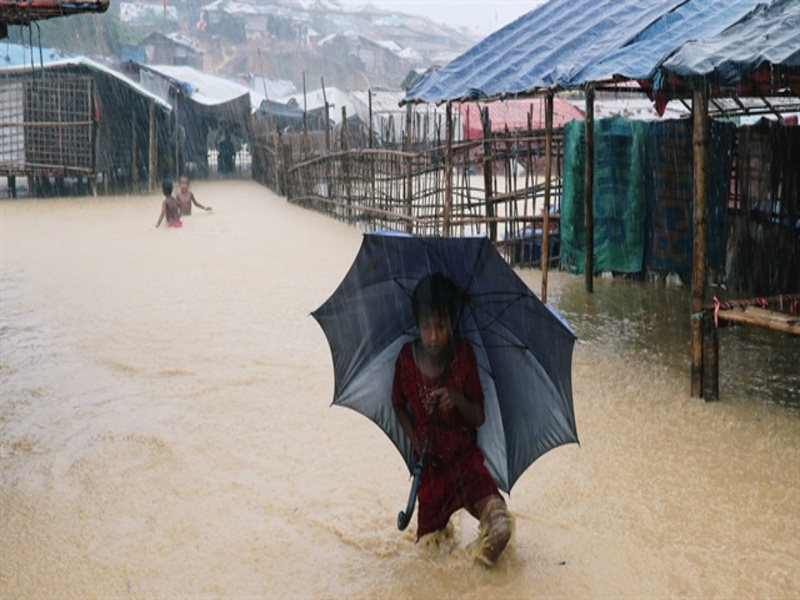 More than 300 Rohingya shelters in no man’s land were hit by a flood on Tuesday night, a local online broadcaster reported on Wednesday.

“At no man’s land nearly 7,000 Rohingya up to date are sheltering since last year, when they were forced to flee their homes in northern Rakhine state,” Rohingya Vision reported.

No man’s land is a small strip of land along the border between Bangladesh and Myanmar.

Since Aug. 25, 2017, more than 750,000 refugees, mostly children and women, have fled Myanmar and crossed into Bangladesh after Myanmar forces launched a crackdown on the minority Muslim community, according to Amnesty International.

At least 9,400 Rohingya were killed in Rakhine from Aug. 25 to Sept. 24 last year, according to Doctors Without Borders.

In a report published recently, the humanitarian group said the deaths of 71.7 percent or 6,700 Rohingya were caused by violence. They include 730 children below the age of 5.