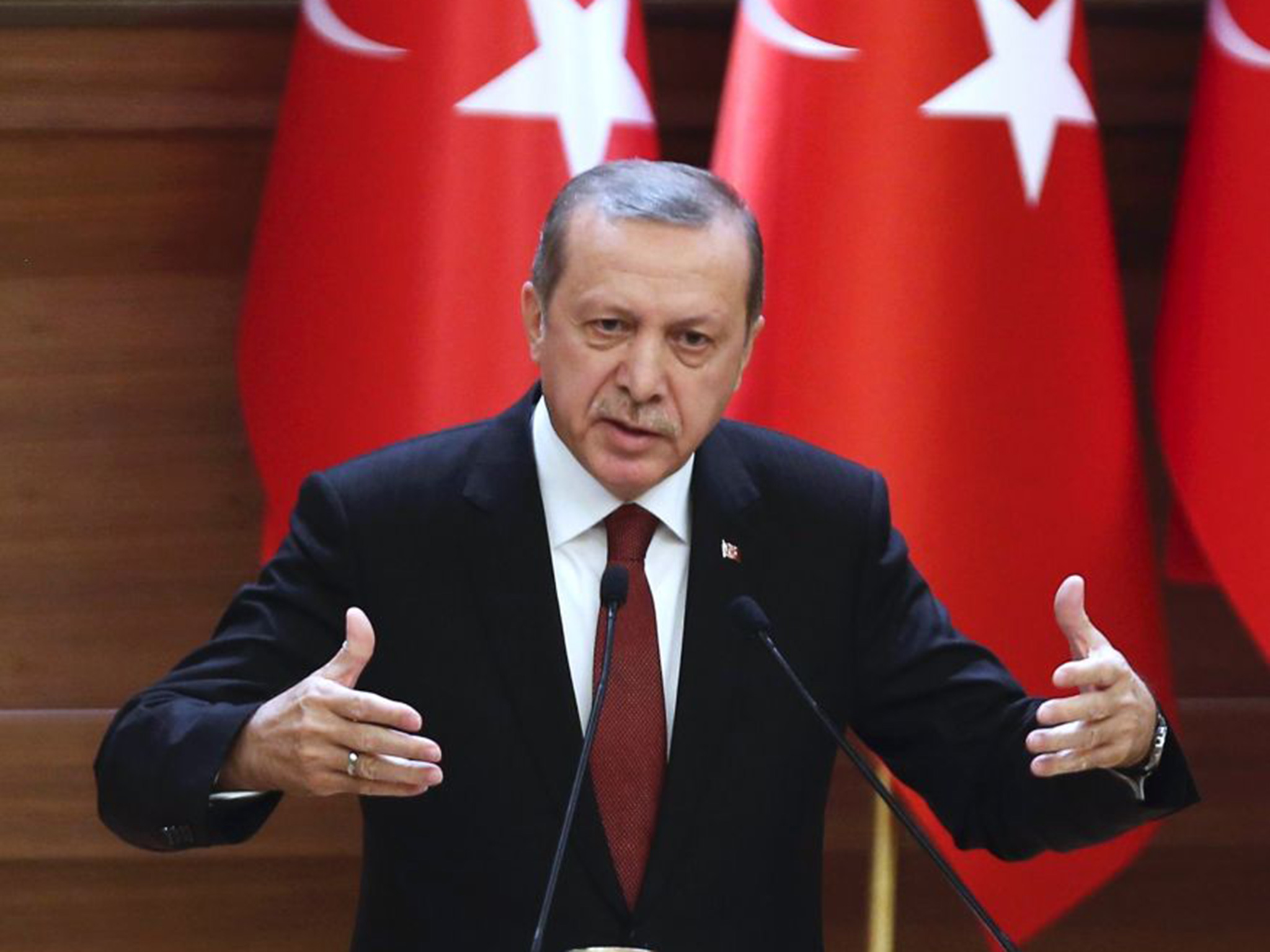 Speaking at a joint news conference with his Malian counterpart Ibrahim Boubacar Keita in the capital Bamako, Erdogan criticized the “callous” attitude of Western countries towards terrorism and urged them to be “much more sensitive” in this regard.

“Whoever identifies terrorist groups with a particular religion or ethnic identity plays into the hands of those terrorists,” he added.

Erdogan also mentioned the ongoing Operation Olive Branch in northwestern Syria’s Afrin region. He said a total of 2,348 terrorists had been ‘neutralized’ so far by the Turkish military and the Free Syrian Army.

He vowed to continue the counter-terrorism operation “until all terrorists are wiped out from the region”.

Turkish authorities often use the word “neutralized” in their statements to imply the terrorists in question either surrendered or were killed or captured.

According to the Turkish General Staff, the operation aims to establish security and stability along Turkey’s borders and the region as well as to protect Syrians from terrorist oppression and cruelty.

The operation is being carried out under the framework of Turkey’s rights based on international law, UN Security Council resolutions, its self-defense rights under the UN Charter and respect for Syria’s territorial integrity.

Both the military and Turkish authorities have repeatedly said that the operation targets only terrorist elements and “utmost care” is being taken to avoid harming any civilians.

Turkey provided materials to Malian defense and security forces in 2017 in accordance with the peace commitments made under the framework of the Turkey-Mali Action Plan, Erdogan said.

He also said that a Turkish company would contribute toward increasing the country’s energy capacity.