Guatemala to move embassy in Israel to Jerusalem in May, two days after US embassy move 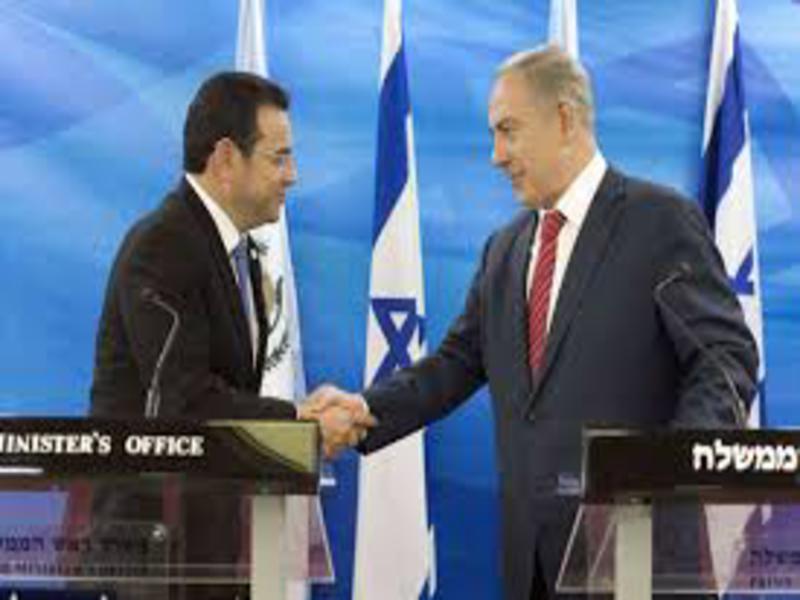 Guatemala will move its embassy in Israel to Jerusalem from Tel Aviv in May, two days after the US embassy makes the same move, Guatemalan President Jimmy Morales said on Sunday at a conference in Washington.

“In May of this year, we will celebrate Israel’s 70th anniversary, and under my instructions, two days after the United States moves its embassy, Guatemala will return and permanently move its embassy to Jerusalem,” Morales said.

On May 15, Palestinians will mark Nakba Day, the annual commemoration of the displacement that preceded and followed the Israeli Declaration of Independence in 1948.

The move of the embassy will take place on May 16, with the Guatemalan president adding that he is “sure many other countries will follow in our steps”.

“I would like to thank President Trump for leading the way. His courageous decision has encouraged us to do what is right,” Morales said in a speech at the American Israel Public Affairs Committee’s annual policy conference, according to a translation of his remarks on AIPAC’s website.

Trump’s administration announced their recognition of Jerusalem as Israel’s capital last December, breaking with decades of official US policy.

The decision led to the outbreak of protests throughout the occupied Palestinian territories, resulting in the deaths of at least 16 Palestinians by the Israeli army during the same month.

Netanyahu to talk with Trump about attending Jerusalem embassy opening
Israeli Prime Minister Benjamin Netanyahu has said he will discuss the possibility of US President Donald Trump attending the May opening of the US embassy in Jerusalem when he meets Trump on Monday.

Netanyahu made the comment late Saturday before boarding a flight to the United States.

“I’ll definitely discuss with him that possibility,” Netanyahu said in response to a journalist’s question on whether he planned to invite Trump for the occasion.

“I’m very grateful to him for this historic decision to recognize Jerusalem as Israel’s capital and to move the American embassy to Jerusalem on our independence day,” he said.