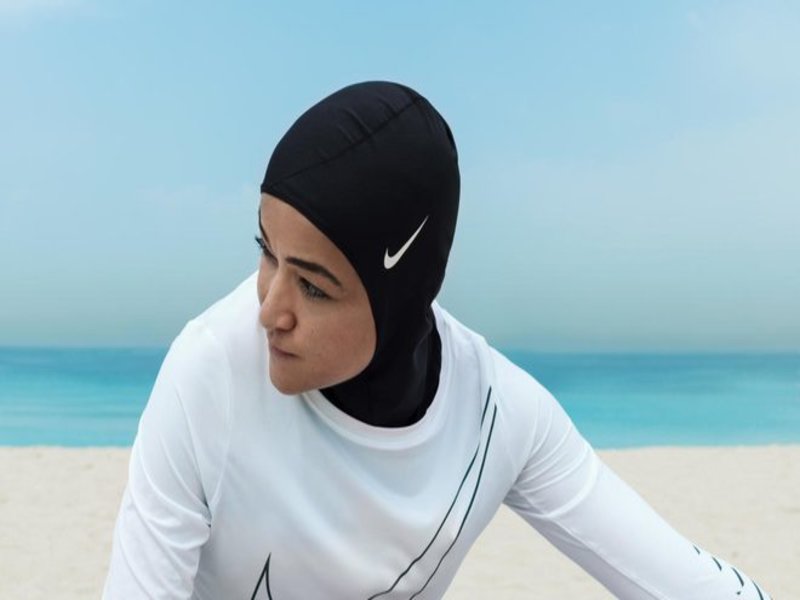 The Nike Pro Hijab may have been more than a year in the making, but its impetus can be traced much further back to an ongoing cultural shift that has seen more Muslim women than ever embracing sport.

The movement first raised the international consciousness when a hijabi runner took the field at the 2012 London Olympics.

“Nike’s mission is to bring inspiration and innovation to all athletes,” said Megan Saalfeld, Global Nike spokeswoman. “And we’re thrilled that Nike can deliver a product innovation that female athletes in the region told us they wanted and needed.”

There is a growing demand for modest wear in the global market. Recently, Debenhams partnered with the world’s leading modest-wear clothing brand Aab for a new fashion range.

Saalfeld, a 13-year Nike employee, told Arab News that Nike is inspired by the unique beauty and culture of the region, and have hosted several of their design team members in Dubai over the past year to learn more about the Middle East.

“Our designers met with people from all areas of the Dubai and GCC community,” Saalfeld said. “From athletes to local historians, writers to artists these sessions allow our teams to learn more about the region, what athletes here want and need to perform better, and allow them to take this inspiration back to Oregon,” she added.

However, these figures were not the reason that prompted Nike’s initiative. “This wasn’t part of the design process,” Saalfeld said.

According to Saalfeld, Amna Al-Haddad, a weightlifter from the United Arab Emirates, visited the Nike World Headquarters in Oregon in January 2016. She met with designers and the team in Nike Sport Research Lab. When she told the team that she only had one hijab for competition and would like something that was more specific for sport, the team responded.

“We’re in a place where we can bring Nike’s first performance hijab to select athletes in this region, with plans to have it commercially available in early 2018 to athletes around the world,” Saalfeld added.
Princess Reema bint Bandar bin Sultan Al-Saud, vice president of Women’s Affairs of the General Authority of Sports, told Arab News that she is pleased to see that a global company like Nike sees the value in supporting the women of the Muslim community as this shows that sports truly can be inclusive.