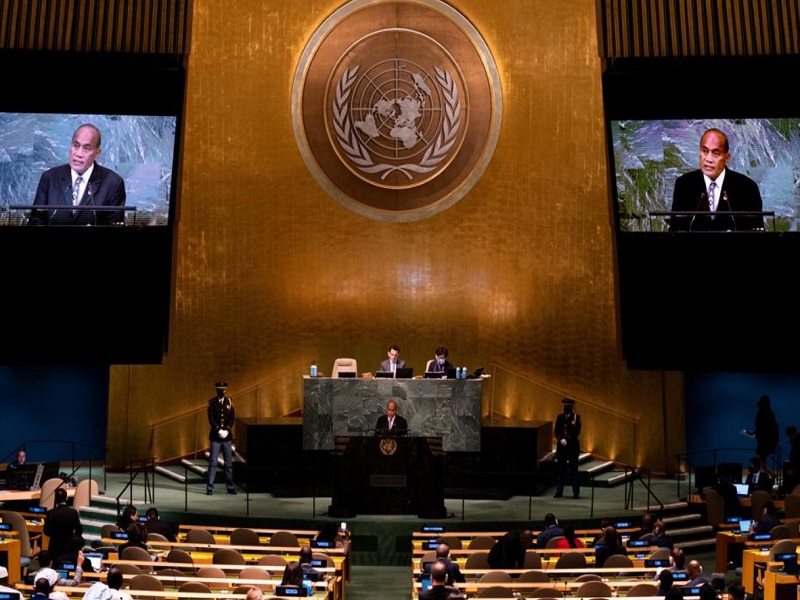 The United Nations was established on one simple notion above all others: Working together is better than going it alone. But while the term “multilateralism” might be trending at this year’s U.N. General Assembly, some leaders are calling out the heads of richer nations.

Whether it’s the global response to the COVID-19 pandemic or climate change, developing countries say it seems that richer nations are thinking of themselves first and not the world’s most vulnerable.

“The global economy is now a house on fire, yet we continue to use evacuation methods that rush some nations out to safety while leaving the rest of us behind to fend for ourselves in the burning building,” said Malawi’s president, Lazarus Chakwera. “But if we are truly one U.N. family, then leaving no one behind has to be practiced, not just preached.”

Tanzania’s Vice President Philip Isdor Mpango was even more blunt. He said that “unilateralism driven by greed is leading us — rich and poor, strong and weak — to a catastrophe.”

Kiribati President Taneti Maamau Beretitenti reminded member states last week that the United Nations’ founders wanted to not only prevent future wars but also “improve the standard of living for all.”

Mohammad Niamat Elahee, an international business professor at Quinnipiac University in Connecticut, said most rich countries are giving lip service to multilateralism but are, in reality, acting otherwise.

“The richer nations immediately received vaccines at the expense of the have-nots,” Philippines President Ferdinand Marcos Jr. said last week, echoing the anger of a number of other countries.

“They should pause for a moment to reflect on the glaring contrast in their response to the wars elsewhere where women and children have died by the thousands from wars and starvation,” East Timor President José Ramos-Horta told the Assembly.

Countries like Ghana say they need more international solidarity, too, when it comes to the inequities in how economies have weathered the impact of the pandemic and global inflation. The resulting currency devaluations have made it even harder for countries to pay back their U.S. dollar loans.