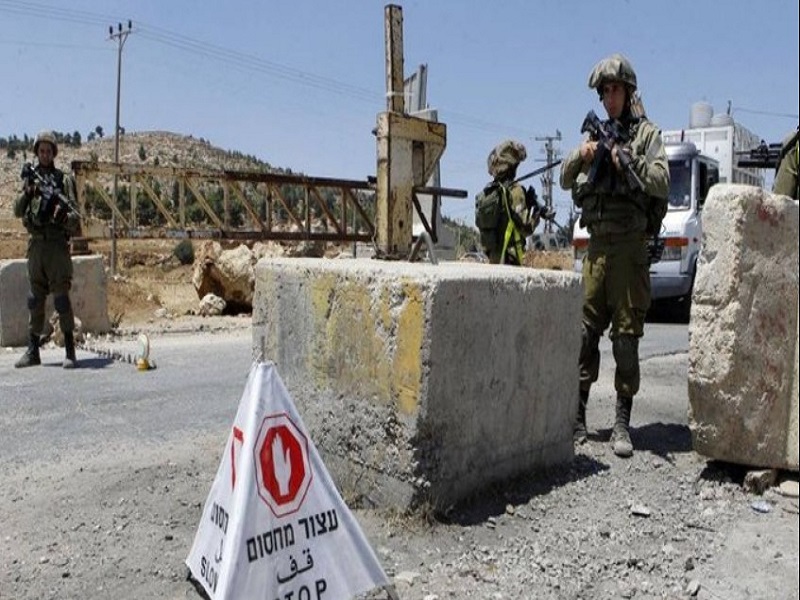 Israeli authorities today announced that a full closure will be imposed on the West Bank and the Gaza Strip crossings for the Jewish holidays, starting today afternoon until Tuesday midnight.

Police forces also intensified their presence at gates leading to the al-Aqsa mosque and imposed severe restrictions on the entry of Palestinians to the mosque.

The Israeli police reportedly made calls for settlers to take arms while attending services in synagogues during the Jewish New Year, particularly in Jerusalem city.

sraeli occupation forces shut down today the main entrance to the town of Beit Ummar in the occupied West Bank province of Hebron, denying access of Palestinians into the town and out of it through its main road, according to local sources.

Mohammad Awad, a local Palestinian activist, told WAFA that Israeli occupation forces shut down with a metal bar the main entrance to the town, forcing Palestinians to use longer alternative routes to enter or leave the town.

sraeli occupation forces locked down today the archaeological Ibrahimi Mosque in Hebron, south of the West Bank, to Muslim worshipers under the pretext of the Jewish holidays.

Ghassan Rajabi, the director of the Mosque, told WAFA that the occupation authorities decided to shut down the holy site to Muslim worshipers starting 10:00 a.m. local time and for 24 hours.

The city of Hebron in the southern West Bank is home to roughly 160,000 Palestinians and about 800 notoriously aggressive Israeli settlers who live in compounds heavily guarded by Israeli troops.

Israel has expelled the only international monitors protecting Hebron’s Palestinians from 800 heavily guarded settlers, one of whom committed the 1994 massacre that triggered their deployment.