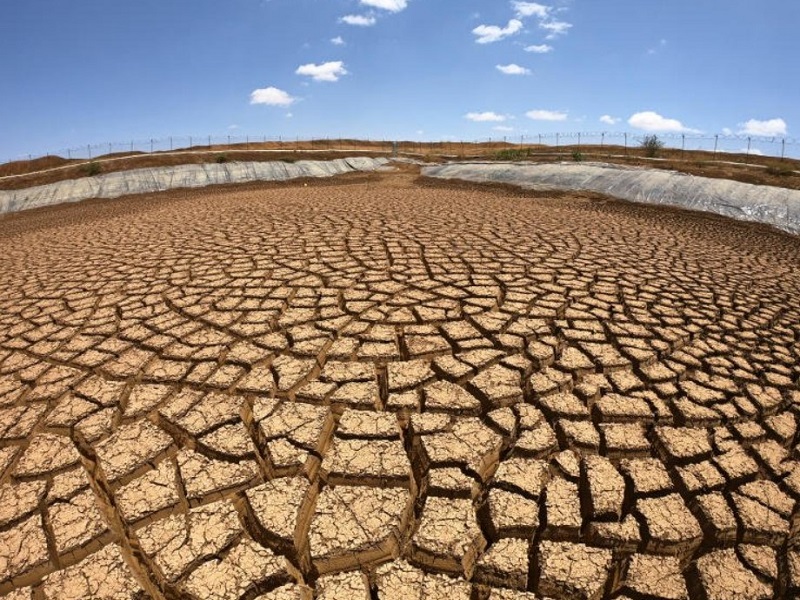 Climate change and natural disasters increasingly affect people’s well-being and development prospects. A recent World Bank study shows that climate change may cause 216 million people to migrate in their own country by 2050 and push as many as 132 million people into poverty by 2030. Fragile contexts such as Somalia have recently faced cyclical climate-induced shocks from drought, to flooding and locust infestations.

Because of Somalia’s economy reliance on natural resources and man-made degradation of natural resources such as charcoal production and overgrazing, climate change could make the country more vulnerable to poverty and food insecurity. Greater drought exposure tends to reduce consumption by a significant margin in rural Somalia, increasing the poverty levels. This adverse impact of climate change on the poor will be far-reaching.

The recent drought in Somalia was among the most devastating. Following news about numerous livestock deaths from shortage of water, grim stories of human suffering started to emerge. As of mid-December, there were reports of people, mostly children, dying due to a calamitous drought in central Somalia as well as a veritable exodus of people fleeing the drought to urban centres.

About 4.9 million people are affected by extreme drought conditions, of whom 719 500 have been displaced from their homes in search of water, food and pasture. Hunger is rising, with 4.1 million people projected to face severe or near complete food shortages through mid-2022.

A large portion of Somalia is already vulnerable to economic shocks, given that 69% live below the international poverty line. Since natural disasters disproportionately affect the poor, perhaps we need to go beyond humanitarian responses and approach this problem from a development angle. How can Somalia adapt to climate change and shield its population from the negative impacts of climate change?

Local communities, authorities and humanitarian partners continue scaling up assistance within available resources. Operational priority areas have been identified to provide a roadmap for drought response co-ordination and implementation; they will be regularly updated as the situation evolves.

The Somalia Humanitarian Fund has launched an early allocation of $25 million (R440 367 750) to provide immediate assistance to communities hard-hit by the drought emergency in priority locations. Additional funding for priority sectors is urgently required to save lives and livelihoods.

Coming to the impact of the drought on the region, Eastern Africa is facing the very real prospect that the rains will fail for a fourth consecutive season, placing Ethiopia, Kenya and Somalia into a drought of a length not experienced in the past 40 years. Humanitarian agencies have issued urgent appeals for support to prevent widespread famine.

Since the turn of the year experts from the hydrometeorological community have been in constant dialogue with their UN and humanitarian agency colleagues to provide advice and support to anticipatory action and forward planning.

The latest assessment from the Intergovernmental Authority on Development’s Climate Prediction and Applications Centre (ICPAC), indicates that the first month of the March to May (MAM) 2022 rainy season has been particularly dry. As a whole, the region also recorded higher temperatures and less than normal rainfall. ICPAC is a WMO regional climate centre.

We call upon African countries to look at assisting Somalia with food and the much-needed resources to enable the country to mitigate the effects of this devastating drought. The time has come for Africa to look from within itself to solve its problems. The AU should start looking at African countries like Uganda that always receive rainfall in abundance throughout the year and ask them to grow food for the continent.

Gone are the days when we should all go begging for food from the Western countries. Imagine if the AU can designate two or three countries that it should assist with expertise and resources to grow food for the continent and ensure that no one starves on the continent.