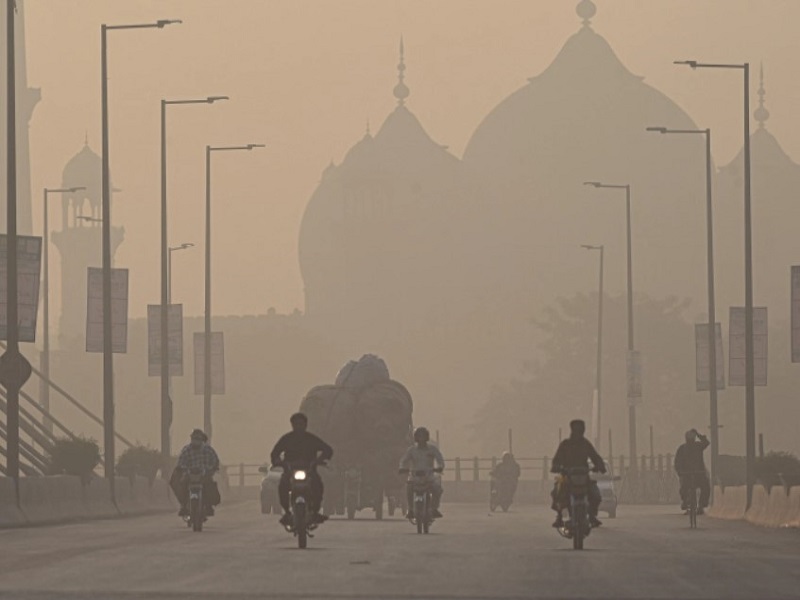 Scientists say they have identified the mechanism through which air pollution triggers lung cancer in non-smokers, a discovery one expert hailed as “an important step for science – and for society”.

It could also pave the way for a new field of cancer prevention, according to Charles Swanton of the United Kingdom’s Francis Crick Institute.

Swanton presented the research, which has not yet been published in a peer-reviewed journal, at the European Society for Medical Oncology’s annual conference in Paris on Saturday.

Air pollution has long been thought to be linked to a higher risk of lung cancer in people who have never smoked.

“But we didn’t really know whether pollution was directly causing lung cancer – or how,” Swanton told the AFP news agency.

Traditionally it has been thought that exposure to carcinogens, such as those in cigarette smoke or pollution, causes DNA mutations that then become cancer.

But there was an “inconvenient truth” with this model, Swanton said: previous research has shown that the DNA mutations can be present without causing cancer – and that most environmental carcinogens do not cause the mutations.

His study proposes a different model.

The research team from the Francis Crick Institute and University College London analysed the health data of more than 460,000 people in England, South Korea and Taiwan.

They found that exposure to tiny PM2.5 pollution particles – which are less than 2.5 micrometres (microns) across – led to an increased risk of mutations in the epidermal growth factor receptor (EGFR) gene.

In laboratory studies on mice, the team showed that the particles caused changes in the EGFR gene as well as in the Kirsten rat sarcoma virus (KRAS) gene, both of which have been linked to lung cancer.

Even though the lungs were healthy, they found DNA mutations in 18 percent of EGFR genes and 33 percent of KRAS genes.
“They’re just sitting there,” Swanton said, adding that the mutations seem to increase with age.

“On their own, they probably are insufficient to drive cancer,” he said.

But when a cell is exposed to pollution, it can trigger a “wound-healing response” that causes inflammation, Swanton said.

And if that cell “harbours a mutation, it will then form a cancer”, he added.

“We’ve provided a biological mechanism behind what was previously an enigma,” he said.

In another experiment on mice, the researchers showed that an antibody could block the mediator – called interleukin 1 beta – which sparks the inflammation, stopping cancer from getting started in the first place.

Swanton said he hoped the finding would “provide fruitful grounds for a future of what might be molecular cancer prevention, where we can offer people a pill, perhaps every day, to reduce the risk of cancer”.