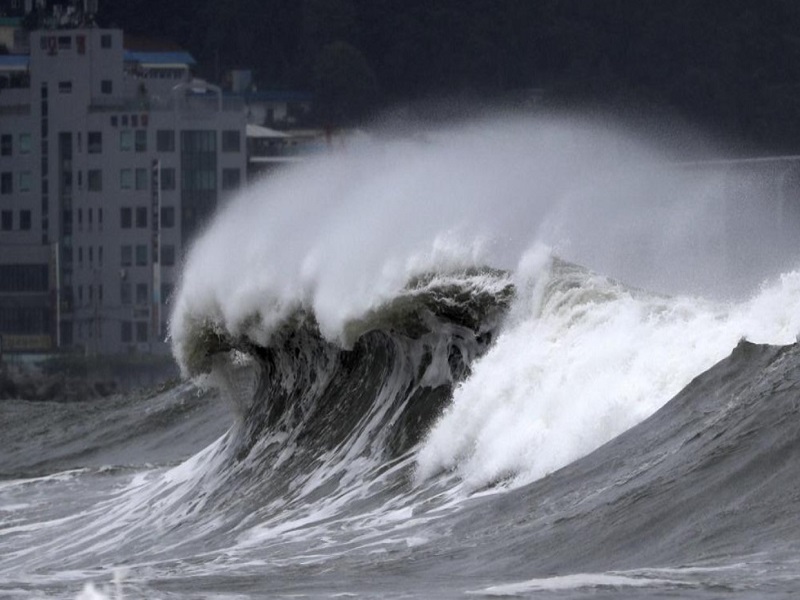 Hundreds of flights were grounded and more than 200 people evacuated in South Korea on Monday as Typhoon Hinnamnor approached the southern region with heavy rains and winds of up to 170 kilometers (105 miles) per hour, putting the nation on alert for its worst storm in decades.

South Korea’s weather agency said the country will start to feel the full force of Hinnamnor, the strongest global storm this year, by early Tuesday when it is forecast to graze the southern resort island of Jeju before making landfall near the mainland city of Busan.

Government officials raised concern about potentially huge damage from flooding, landslides and tidal waves triggered by the typhoon, which comes just weeks after capital Seoul and nearby regions were hit with heavy rainfall that unleashed flashfloods and killed at least 14 people.

Prime Minister Han Duk-soo called for proactive efforts to evacuate residents in areas vulnerable to flooding.“This is forecast to be a historically strong typhoon that we never experienced before,” Han said.

As of Monday evening, Hinnamnor was over the open sea 180 kilometers (112miles) southwest of Jeju. It has dumped more than 62 centimeters (24 inches) of rain in the central part of Jeju since Sunday, where winds were blowing at a maximum speed of 124 kph (77 mph) and were picking up.